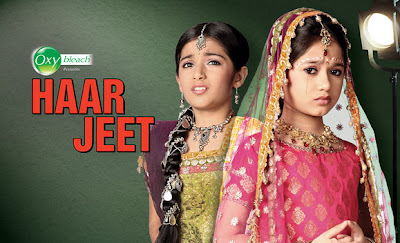 Imagine TV's show 'Haar Jeet' began as a story of those children, who compromise their childhood fun, and innocence by working at an early age, trying hard to live up to their parents dreams. 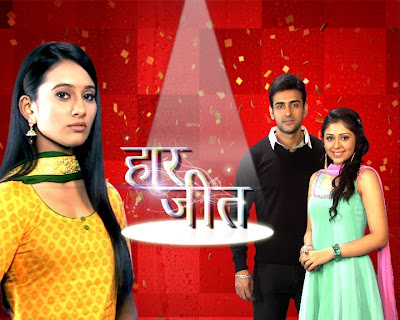 However, the show is all set to take an interesting leap this January wherein the audiences will get to see grown up - Mahika & Ishita, played by promising actors of TV, Hena Parmar and Neha Sargam respectively. The story will be centered around characters Mahika, Ishita and Sahil played by Khashif Khan.
While the grown up Mahika accepts the reality and adjusts to the given conditions, Ishita still nurtures the dream to make it big in the glamour world. The story now comes to a crossroad where being sisters they have to fight each other for winning in life.  Their fate, love, compromises and relations will again take Ishita and Mahika on race of winning and losing - 'Haar Jeet'
Hena Parmar as Mahika believes that Haar Jeet is a very interesting story and says "I am looking forward to being a part of this unique show. I am sure it will be very exciting"

Neha Sargam, who played the protagonist in Rajan Shahi's Chaand Chhupa Badal Mein is back.
On playing Ishita , Neha Sargam - "I am excited to play elder Ishita, I have been following the show and I love her character and her innocence. After the leap viewers will see a whole new Ishita."
"This is my first project with Imagine TV. Sahil is an interesting character and I will give my heart and soul in playing it with total conviction" comments Kashif Khan on bagging the role of Sahil in Haar Jeet.
"Post the leap, Haar Jeet will unfold more twist and challenges in the lives of two sisters. The leap was integral to the story line as there was keen interest to know how the two girls would cope with life and what it has to offer them in future. We are optimistic that this new story line not only will continue to get the support of the existing viewers but also attract a new audience to the show", says Vivek Bahl, Chief Content Officer, Turner International India Pvt. Ltd.
Watch how Ishita and Mahika take on Haar Jeet in their life on IMAGINE TV from 9th January 2012, Monday to Friday at 10:30 p.m.
Edited by:
Swati Ghosh
Rangmunch.TV
Haar Jeet hena parmar Imagine TV neha sargam Rangmunch.tv Swati Ghosh vivek bahl