Fistful of Fascinating Facts: You know what ....!!!

By Rangmunchtv January 06, 2012
Rangmunch.TV brings to you some interesting facts and news of your favourite actors from the Television Industry. 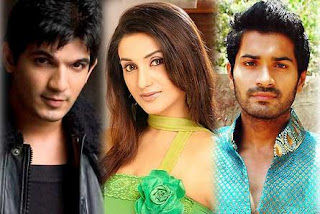 Rati Pandey and Arjun Bijlani were a hit pair in Star One's popular show "Miley Jab Hum Tum.” So the makers of Zee TV’s "Hitler Didi" had decided to cast them once again as a pair in their show. Informs a source from the show, that the makers wanted to cash in the popularity of Rati and Arjun. However  Bijlani failed to impress the channel and hence Mrunal Jain, who was last seen in Looteri Dulhan on Imagine TV, has been roped in to essay the role of Sameer. Mrunal's character is supposed to spice up the mundane and boring life of Hitler Didi. Arjun's Loss is Mrunal's Gain!!

Survival was never so tough. The latest buzz doing the rounds is that Abhinav Shukla will try to survive without even the basic necessities of life for one complete day living in a shack in the Inorbit Mall, Mumbai. The shack where Abhinav will spend an entire day will be made in the true spirit of the game show having a wooden structure and a thatched roof. Not only this, something more exciting is that the mall-goers will be seen  taking an active part in challenges that will be setup in the mall thus keeping the spirit of the show alive. 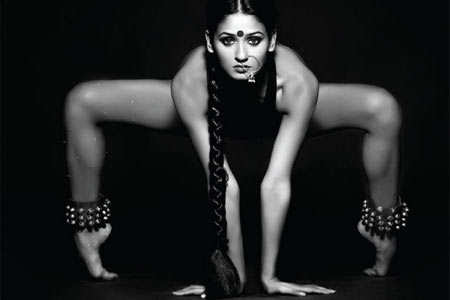 Shakti Mohan, aka Kriya of Channel V’s Dil Dosti Dance has launched her very own Dance Calendar 2012 titled as ‘Nritya Shakti’ which holds 12 striking expessions by Shakti. This unique calendar was conceptualized by Shakti herself and was shot by renowned fashion photographer Pravin Talan. The event was graced by some big names from the entertainment industry  including Terence Lewis, Remo D Souza, Geeta Kapoor and Sandeep Soparkar. Shakti’s attire for the calendar was uniquely designed by stylist Josie and her sister Mukti Mohan who is a dancer and a model. We hope Shakti, who also won the Dance India Dance Title earlier, continues to maintain her love and passion for dance. Good Luck!!!

There are countless things that can be done when you get bored. But, turning a chai wala to woo your boredom is one thing that Shoaib Ibrahim known as Prem in the daily soap Sasural Simar Ka on Colors has taken up. It once happened that after giving a shot on the sets, Shoaib went into the kitchen and made tea for his entire crew and cast. And the very moment when Shoaib was busy making tea, the canteen boy went inside and was shocked to see the actor working. Shoaib not only continued making tea but also shared his special method for making it, where he told that the milk should be over boiled and thickened as much as possible as it would then give an extra zing to your tea. The entire team keeps asking him to again treat them with the special tea he makes.Wow!!What a handsome and dashing Chaiwala!! 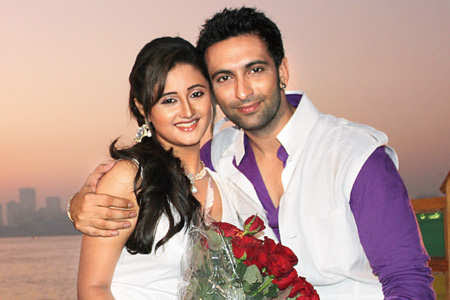 Reel affects the Real. Rashmi Desai popularly known as Tapasya has garnered a lot of appreciation for her role in television serial ‘Uttaran’. However, she seems to be quite disturbed these days as her reel character has started affecting her real life character. she feels that she now needs some time off and wants to enjoy her life being away from the negative character of Tapasya. Rashmi will soon be tying the knot with so-star Nandish Sandhu. We hope she will be gracing the small screen soon after her much desired break. 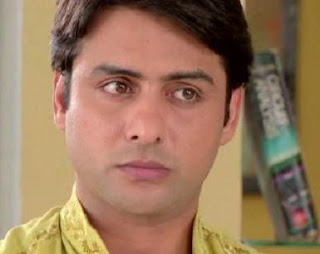 Rohit Bharadwaj is a happy man unlike what he plays in his show, Navya. Yes, we are talking about the actor who is essaying a man stuck in a bad marriage. However in the real world his life is perfect with a loving wife and a cute little daughter. The actor is married to his high school sweetheart whom he met in school and fell in love. He also adds that his three month old daughter is his darling and he loves cuddling her after a hard days work as it refreshes him completely! Hearing about this picture perfect family one can only wish and pray that “inko kisi ki nazar na lage.”
Hope you all enjoyed reading and knowing a little more about your favourite actors.
Edited by:
Swati Ghosh
Rangmunch.TV
Arjun Bijlani Dil Dosti Dance Hitler Didi Navya Rangmunch Rati Pandey sasural simar ka survivor india Swati Ghosh Uttaran