Bhabho: To Hate or to Love?

The story of Diya aur Bati Hum on StarPlus has taken a very realistic turn with the revelation that Sandhya is literate. Suraj being the dutiful husband  who dearly loves his wife covers up for her by lying to his mother that he knew the truth all the while along. This obviously comes as a rude shock to Bhabho, as Suraj is the last person she had expected this from. 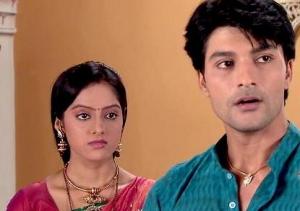 Lets get some perspective here. To Bhabho, Suraj is that obedient son she loves flaunting to the world. He is the sole bread winner as well as the man who never does wrong. He is an epitome of perfection, honesty and loyalty.  Suraj defines the name and fame Bhabho holds in society. Today that very son, who never ever turned against his mother, comes out and says he has hidden something as major as this. Is dealing with this as easy as it seems?
This is the same woman who had challenged the entire village that she would find a worthy girl for her son. She was proud of her choice, her judgment. Today to accept all of that was built around a lie, and her son was a party to it, has suddenly alienated her from her own blood. She hence is in denial, and shock of not being able to accept and believe when all this had transpired in her sons life, where so much happened without either her knowledge or consent!
Bhabho's words still ring in my ears whenever I recollect how she had categorically stated Sandhya had been brought into the house merely to take the generations forward and how she would have no rights over her husband beyond a point. Bhabho had marked the boundaries. Today, that invisible line has been wiped off and she thinks her son has done it. She always believed her son was not like the rest she had heard of. Today she felt the pinch of that perhaps not being the case! 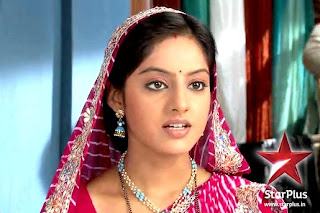 If one were to take a case point of her being unfair to Sandhya since there is nothing wrong in being educated, I would say,to Bhabho that is not her problem at all. I am in fact very sure, tomorrow when Sandhya wants to actually work towards fulfilling her dreams this very woman after a period of resistance will push and encourage her like no one else will. I can see and feel that from the way her character has been sketched. For now, Bhabho feels though she has been living with two people who she thought were an integral part of her life, they actually never made her a part of that world!
Lets not forget, we get hurt most those that have the ability to effect us and we expect from only those that we think have the ability of fulfill the same!
Think about it... and Share your views on the same ...
Niharika Vidya Sagar
Rangmunch.TV
Anas rashid Bhabho Bhabho: To hate or to love? Diya aur baati hum Rangmunch.tv Star Plus Suraj