It’s the holiday season and most of us lucky ones are already off on our vacations. In fact even this piece is being typed right in the middle of my holiday (see how conscientious I am). But the very mention of holidays sends shivers down the spines of producers, channel executives cause it means their actors will be gone bye bye. Meaning no one to shoot with. Meaning – OH MY GOD! What in the name of God are we going to telecast?
Of course since actor holidays are planned and sanctioned in advance most times there is no cause for panic as writers have worked overnight and channel execs have kept their critical feedback to the barest minimum so that relevant portions can be shot with departing actors and audiences still manage to get their daily fix whether in station or thru You Tube etc.
The madness really begins when actors vanish without prior notification, sometimes for fairly long periods of time. That’s when writers, directors and producers must get their creativity to play Hooky with all known laws of elasticity and come up with mind boggling solutions to sustain the fiction that the character is part of the running storyline when in factor the actor is nowhere on the scene. Here are some of the common and uncommon gambits.

YAADEIN YAAD AATI HAI
Truly the most clichéd and the most hated device used to cover up for the lack of an actor. The FLASHBACK – where an actor who’s too nice or too stupid to gutli maaro conjures up memories of shared happier or sadder times. And the editor and assorted assistant creative directors sift through hundreds (and at times thousands) of back episodes to pull out earlier shot and telecast scenes. The interesting thing is that this device works as well for heroes/heroines as for villains. Instead of romantic memories all one needs to do is think of the baddie’s crimes against self, extended family and society at large. Set off with dramatic music one gets a thrill packed episode that might actually be pacier and rate higher than the normal ones. And in case there aren’t enough memories or old scenes, the editor still has one more solution to fill up screen time – slow mo all the existing footage so it goes on and on and on. This is also one of the most reliable and acknowledged cures for chronic insomnia. 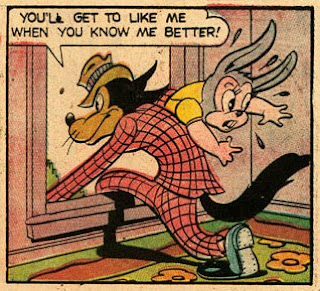 THIS IS A KIDNAPPING. TUMHARA KIDNAP HUA HAI
This used to be a clever device, unfortunately now it’s been used so much – it’s become a cliché. Essentially funda is hero/heroine has decamped with current love interest, come down with illness, broken a bone, broken a heart, gotten pregnant and needs to have a quickie MTP (what you getting all shocked and moralistic about – if it can happen after dandiyas, why not after endless on screen romancing – dressing rooms can get pretty lonely, you know). Whatever the reason, the upshot is actor isn’t around.
Now particularly when ratings have been dipping, audience interest is flagging and channel powers that be are dropping hints about serving termination notices, this is a good time to pump up audiences with a thriller track. So kill two birds with one stone – make the missing actor vanish and introduce a kidnapping track.
And in case the actor in question has been particularly troublesome/gets paid too high a fee and the lack of the actor is working better than his/her presence, sometimes the kidnapping morphs into a murder situation. Then of course depending on audience response the character can be brought back later either with his/her own face or somebody else’s. (In our country it would seem surgeons are so talented that they can not only put someone else’s face on you but also alter your height, weight, age, body structure et al to look exactly like someone else – I wonder why no one is thinking of making Anna look like Sonia so that we can finally have some semblance of governance in our nation).

TU NAHIN, KOI AUR SAHI
This is a veritable dream come true for actors playing secondary or peripheral parts in a show. Since the main actors are away and the flashback/missing methods have either been already used or cannot work for some reason, the only solution available is to bring these ancillary characters centre stage and do a track around them. And at times the track works so well and the characters become so popular that they end up taking over the whole show and the primary characters/ actors are given short shrift. Like they say – ‘tis an ill wind that blows no one no good.’
But there are times when this stratagem fails and badly. Like when I was doing this show where the actor and actress were both on vacation. I couldn’t move the narrative to the sub characters cause some of them had walked out because the entire focus was on the lead and they were feeling unwanted and unused. A couple of them were around but we didn’t want to use them cause they were so totally unwatchable. There was a kid character whom everyone liked but he had exams. Another popular character was down with malaria.
Ultimately the only actor who was both available and watchable was – Wait for it – the buffalo. I kid you not. And by the way the buffalo track worked and rated. Actors may not be cattle but cattle definitely are stars.

SO JAA RAJKUMARI
There are probably a zillion other tricks and techniques used to cover up the absence of an actor. But to my mind the following was by far the most brilliant and also a devastating F.U. delivered to a troublesome actor.
Of course it did help that the show was in the fantasy genre and we kind of had a license to get away with pretty much anything. But even then this was sheer genius and I doff my creative hat to the producer (also one of the nicest and most dignified people I have met in this business) who came up with it.
The solution? The actress in question was made the victim of a powerful spell that rendered her comatose (there are those uncharitable souls who claim that there was no change in her expression and performance before and after this incident). She was entombed and a new character was introduced whose mission was to find a way to bring her back to life.
Of course that mission stretched on and on and the show went on merrily for the remainder of its duration with the new characters and their adventures and a good time was had by all. Only in the last scene of the last episode was the spell broken and the original heroine brought back to life and that too for just about 30 seconds.
Be afraid actors, be very afraid
‘Nuff said. Happy 2012.
Anand Sivakumaran
Rangmunch.TV
anand sivakumaran Rangmunch Rangmunch.tv