Top Ten Shows of the Week!

By Rangmunchtv December 28, 2011
Rangmunch.TV is back with the top ten shows of the week that the viewers have watched and loved! There seems to be a general drop in the ratings of all the shows this week, but the same names seem to have exchanged places with one another in the top ten slot.

1. Saath Nibhaana Saathiya – 6.22 is what Saathiya scored this week since the audience seem to be loving the fact that Gopi finally gets to rest and the entire family is taking care of her. Does this mean Ahem will now also  soon fall for her?

2. Diya aur Baati Hum – 5.45  Our Audience loves drama and this gets proved yet again, with Diya Bati staying strong at the second spot. So now when the revelation of Sandhya being literate comes out one wonders what the TRPs would be like! 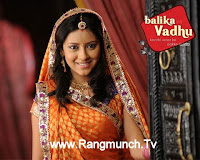 3.Balika Vadhu – 4.78 Anandi has always been people's favorite! Balika Vadhu never gets out of the list when it comes to being on top! Cheers to its consistency! 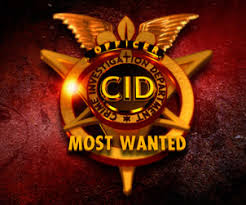 4. CID- 4.04 Like wine that gets better with time ACP Pradyumans boys have turned into middle aged men and have grown smarter over the time. With interesting cases revolving around Christmas and New Year this week, these men keep themselves updated when it comes to content!

5. Yeh Rishta Kya Keh laata hai – 4.02 This story that picks from every slice of life, never fails to disappoint you! With the babies becoming the center point of the story, they surely make you smile more than you cry! 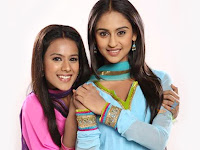 5. Ek Hazaro Main Meri Behna Hai – 3.75 With it being Jeevika's birthday and Viren trying to ensure he would want to give his newly wed wife something that she totally would love and appreciate Viren finally decides to bring Manvi as a present! While the entire week went into planning the same out, the TRPs soared in anticipation! 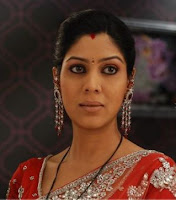 6. Bade Acche - 3.65  The audience clearly hates the fact that Ram and Priya are sharing some moments of bitterness and discomfort.The show this week has seen a fall in the TRP that seems to have a direct co-relation with the discontentment the audience are facing! So now we know, if they start showing some amount of romance and love, the TRPS will reflect the same too!

7. Is Pyaar Ko Kya Naam Doon? – 3.58 Fans now feel its about time Arnav and Khushi make progress with their love story! Just when both of them broke their engagements off, and one hoped  things would fall in place, the show saw the entry of a new character N.K or Nanda Kishore. Well, we hope this man brings the two hearts together instead of forming the third angle to a cliche triangle! Mr. N.K take the hint!

8. Pratigya- 3.41  The step mom vs. the mom who brings you up drama continues to entertain and engage the audience. One thing's is clear, people love the conflict of ideologies that the show always seems to highlight! Plus that little kid is totally adorable, no one wants him straying the path or getting ill treated, and now we know he is an artist too! Oh Boy! Show him the right direction we pray! 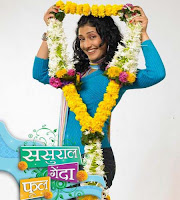 9.Sasural Genda Phool- 3.34 Poor Suhana has been dealing with the dilemma of a husband who totally loves her, now hiding something from her! While Ishaan has his reasons, one would expect him to share the problem with his wife! Errr... I mean, to err is human especially on TV shows, warna kahani aagey kaise badhegi? 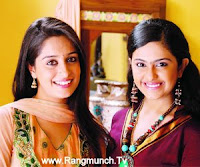 10.Sasural Simar Ka- 3.32 The two sisters and  their family drama heats up this week, with Sasural Simar ka managing to stay on his side of the TRP hill this week as well!


Here are some Rangmunch's Special Mentions for the fans. These are TRPS that you want to know of because you love the shows anyway! 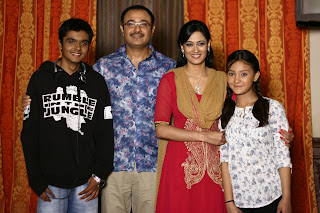 Parvarrish (Sony TV): scores a 2.63 this week ! You could get all the regular updates of the show on the Official Page of the show https://www.facebook.com/DJs.Parvarrish

New Show Ruk Jaana Nahi on StarPlus made a fairly good beginning with a 1.71 TRP. With an early evening slot, this show will surely take some time to catch up with the audience! We only hope, like all the others on the Channel this one will also be a trend setter and a path breaker in the days to come. 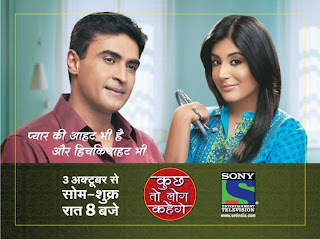 Kuch Toh Log Kahenge (Sony TV): 1.65 As the tension of Armaan convincing Ashutosh and Rohan doing the same for Nidhi and the two cupids finally deciding to get together, perhaps was enough build up of drama for the week! One hopes with the current interesting track, the TRPs in the week forward would reflect better! All the best Kuch Toh... For those that miss the show at 8:00 PM, the 11 PM telecast comes as sigh of relief!
While we take off for this week, we only hope the numbers haven't left you disappointed! Tables might turn in the week ahead, so keep watching your favorite shows if you want to see them in the place you desire. Simple thing, that could help are watching an episode on the Television instead of the computer if you have an option that is!
Have a great week watching your favourite shows till we come back again with their report card next week!
Niharika Vidya Sagar
Rangmunch.TV
Balika Vadhu CID Diya aur baati hum Ek Hazaro Main Meri Behna Hai Iss Pyaar Ko Kya Naam Doon parvarish-kuch khatti kuch meethi Ruk Jaana Nahi Saath Nibhana Saathiya