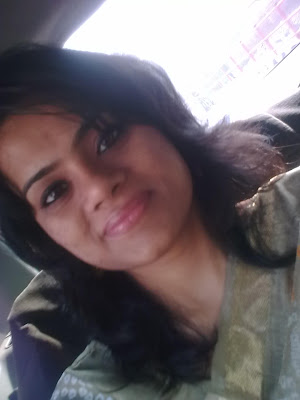 Swati Pande, has never shied away from experimenting with variety. What else explains a body of work that ranges from Geet-Hui Sabse Parayi to Pavitra Rishta, Behenein, Rang Badalti Odhani, Kayamath, to the most recent Mahadev on the newly revamped StarOne that is now called Life OK.


Swati is still missed by the fans of Geet-Hui Sabse Parayi, who think she has had a great hand in sketching the character of Maan Singh Khurana that went on to become an iconic figure on the Virtual TV platform to perfection. Women don't tire talking about Maan, so now, when she is all set to sketch the love story of Shiva, one would obviously be curious to know how it would turn out.
Swati as we see is one name, that has not only been associated with StarOne before its revamp, but also is a part of the strategy post it. We caught up with Swati and asked her a quick five questions and here is what she had to say.

Rangmunch: What about StarOne appealed to you the most as a Channel?
Swati Pande: Star One as a channel never shied from taking a big leap by showcasing youth oriented and shows in the rom-com genre when the Tv industry was inundated wth dramas. Even as much I like the latter but Star One gave us the platform for something different - both as an audience and as a writer!

Rangmunch: How has your association been as a maker with the Channel and the shows you did?
Swati Pande: The journey has been extremely fulfilling and exciting. I have had the chance to be associated with Geet and Rang badalti Odhani - both had a blend of drama, romance and comedy. With each of these shows I grew as a writer as I got to learn the nuances and the need for detailing in every scene.
Rangmunch: What are the kind of shows you look forward to on Life OK?
Swati Pande: Star One or now officially 'Life OK' stands true to its title. It tells you about cherishing what you have .. living and valuing the moments of your life - and that 'moment' could be that of courage, of emotion, of love or of reverence. I am hoping to catch a blend of shows that portray just that.

Rangmunch: Your sentiments at the moment, as the Channel is going in for a re-vamp?
Swati Pande: This is a difficult question! :) Cliched but true - there are mixed feelings. The excitement for this being a new channel is immense but at the same time the lovely memories of Star One also lingers on! So I guess this is the moment of amalgamation - to tell yourself that LIFE was ok and it will be OK !!

Rangmunch: A message to all your viewers who have watched and loved your work on StarOne.
Swati Pande: Firstly a big thanks to them for being such a lovely audience of Star One. I would take this opportunity to make a sincere request to all - to accept Life OK and love it as much as you loved Star One. We make the shows but you all make us!
Interviewed by,
Niharika Vidya Sagar
Rangmunch.TV
behenein Geet-Hui Sabse Parayi kis des main hai mera dil Life OK Maan Mahadev Niharika Vidya Sagar Pavitra Rishta Rang Badalti Odhani Rangmunch.tv swati pande