The year begins with the birth of a new channel from the Star Group  called “ Life OK “. Star one bids us a  quiet farewell and makes way for the new channel. It’s always sad to see something perish in front of your eyes when you as an audience have cherished it from the day one of its launch. Star One has given us some very memorable shows which will always remain in our hearts. Now it’s time for life to be Ok , or rather Life OK. We welcome this exciting channel with open arms.
As the channel commenced its working from December 18th 2011, Life OK  has loads of different shows which are currently being  aired. The USP of this channel is the variety of shows it brings to the table with a unique feature of a 15 minutes episode, without a break. This definitely is  a new technique to keep viewers engaged and hooked on to the show. The Channel is aiming at targeting a larger mass which not only includes the  youth but also the family audience. As 2 weeks have gone by the outlook seems to be promising. The shows are getting a good response with encouraging TRP’s reflecting the same.

Shows like “Dil Se Dua Saubhagyavati Bhav ?” is an intense phycho thriller with lots of interesting twists and turns.The show  is about the struggle of Jhanvi, who is faced with any girl's worst fears - an over-possessive and abusive husband, Viraj. The story  is extremly fast pace without a moment to get bored . Will it remain as engaging or will the momentum drop? With a TRP of 1.13 in its very first week, one only hopes to see it get better.
Few more shows to rope itself in this drama zone are, “ Sapnon  Ke Bhanwar Mein”,which is a story of an ambitious small town girl Pooja and how she gets embroiled in the dirty game of politics. The show this week managed to close with a TRP of 0.45 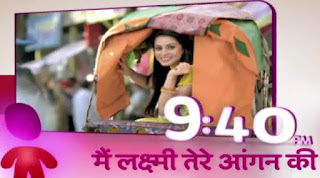 Another show to look out for is “ Tum Dena Saath Mera”which is about  a newly married romantic couple Abhilasha and Manan, who move to Mumbai from a small town and have opposite aspirations from life . Interestingly the very simple and relateable looking faces also form the USP of this show.
” Main Laxmi Tere Angan Ki “ is the story of a  middle class girl called Lakshmi, her inspirational journey towards realizing her dreams. Her bubbly yet positive spirit could put a smile on even a dead man's face. Besides, you get to see cute Sudeep Sahir back on TV after Behenein on StarPlus. The show stands at 0.70 on the TRP scale. 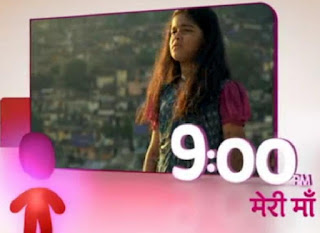 'Meri Maa' which is a Hindi adaptation of a Bengali show the the same name, on the other hand on  Life OK is the story of Jhilmil, a street kid, who is on a mission to look for her real mother. With an actor like Sayantani Ghosh, who is a known name in TV and Bengali films, one hopes the show will pick up from its 0.42 TRP mark that it scored in its first week.

One can say that the  channel is also leaving no stone unturned in entertaining it’s viewers.What else explains huge risk the channel has taken in terms of variety with a devotional show like “Devon  Ke Dev Mahadev”, which is creating its own viewership. This show promises to show case the love story of Shiva and scored a promising TRP of 0.89 in the very first week.
The famous  reality ”Sach Ka Samana” which was a hit with the audience earlier is also back with its much awaited Season 2.
Variety is the spice of life and one  has to applaud the makers for the effort they have put in the shows and  that  by no means  is  the channel  giving up .By the look of it, Life Ok is here to stay.

However the encouraging and promising  promos of the shows being aired non stop, there  is still a lot of speculation regarding  its sustenance. Its very normal and natural for any new venture  to take time to adapt and adjust , but the bottom line is we all love entertainment. After a hard days work , we  want to sit back and relax with our loved ones and tune into watching the shows which give us happiness and also makes sense. Today’s audience can’t be fooled so the shows have to be dealt logically and sensitively. It’s huge challenge for Life Ok to create a fan base and get it to a place where Star One couldn’t reach (TRP chart).  All we can do is wait and anticipate whether  they will hit the target or wither away with time. On that note ,Good luck to Life OK !
Navyanka Varma
Rangmunch.TV
devon ke dev mahadev Dil se di dua Saubhagyavati Bhava Life OK meri maa Rangmunch tum dena saathe mera