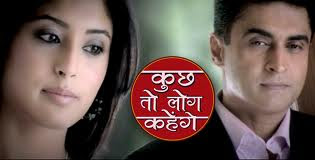 Kuch Toh Log Kahenge at 8:00pm on Sony Entertainment Television:
Ever since Rohan has got to know the truth about Dr. Ashutosh and his love for Nidhi, he is all out to unite the two lovebirds. He lands up at where Dr. Mallika on knowing that Rohan is Nidhi’s friend, tells him that Dr. Ashutosh is not available in the hospital. But as they say, God always helps those who help others. So Rohan bumps into Dr. Ranganath who invites him for a cup of coffee and Rohan eventually meets Armaan there. Will Rohan and Arman’s good intentions pay of or will Suhasi’s twisted brain help Mallika further? 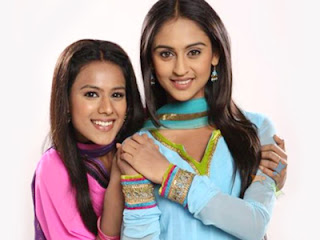 Ek Hazaron Mein Meri Behna Hai at 8.30pm on Star Plus:
After marriage like any other girl, Jeevika is trying to get accustomed to her new family and adapt herself to the new lifestyle. On the other hand, Manvi is also trying to fit into Jeevika’s shoes and be responsible. The Bundela Parivar is very happy with Viren’s victory against Jaiswal, and feels that Jeevika has brought in good fortune. However, Viren’s victory rubs Jaiswal the wrong way, and he is all set to take revenge. Will Jaiswal succeed in his evil intentions or will Jeevika’s mere presence in Viren’s life save him from all mishaps? 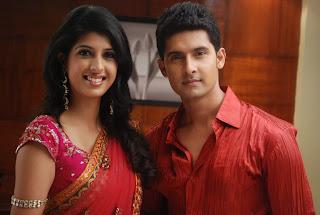 Saas Bina Sasural at 10:00pm on Sony Entertainment Television:
In tonight’s episode of Saas Bina Sasural, Damini will be seen playing games with Ved. Dada ji will leave no stone unturned to get Ved and Damini closer. There will be a major twist in the story when Dadaji will be seen getting convinced that Damini is a replica of Vimla and she will be a perfect wife for Ved! So he will discuss this with Ved and will tell him to marry Damini. Ved is in a dilemma. Will Ved eventually declare his love for Nitika?
Swati Ghosh
Ek Hazaro Main Meri Behna Hai Kuch to Log kahenge Saas Bina Sasural