Balika Vadhu at 8:00pm on Colors
It is not necessary that what is visible to us is the whole truth. Shivani is immensely happy and impressed with the way Anandi stood up for Phooli and got her justice. She is also amazed to see that Anandi’s family equally supported her and gave her the strength to stand up and fight for a good cause. However, Shivani is pleasantly surprised to know that Anandi is not the daughter but the daughter-in-law of the Badi Haveli. But in the course of her conversation, Shivani learns that Anandi’s husband has abandoned her and has married another woman. However, seeing Jagat in the family photograph and the revelation of his real identity shocks Shivani completely and she understands the truth behind Gouri and Jagat’s relationship. How is Shivani going to deal with this truth? 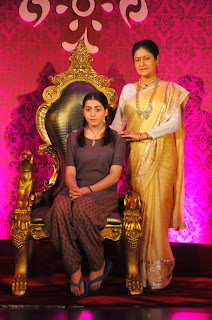 Dekha Ek Khwaab at 8:45pm hours on Sony Entertainment
Tonight in Dekha Ek Khwaab, Aakash will be seen lost in Monia’s thoughts. Akash is finding it extremely difficult to let go off Monia's thoughts. While  Chikki will try and comfort him by striking  a conversation but Akash will refuse to talk. Monia on the other hand is adjusting herself to her new life and keeping herself busy with  household work in the Rajmahal. Komal will react to the idea of Monia doing everything herself mainly because she is a princess and will communicate this to Monia! Will Aakash meet Monia again? 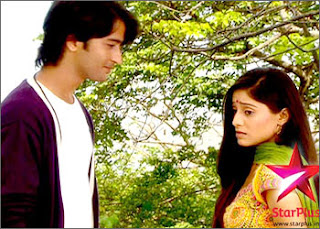 Navya at 10:00pm on Star Plus
Navya fails to tell Anant that no guests are allowed to her office Party, and hence he accompanies her. Amar Sir handles the situation on her behalf and ensures that Anant does not feel out of place. Just when Navya thinks that all is well, Anant puts Navya in an awkward situation by getting drunk. Will this incident create further rift between Navya and Anant’s family?
Swati Ghosh
Rangmunch.TV
Anant Balika Vadhu Colors dekha ek khwaab Navya Rangmunch Sony Entertainment TV Star Plus Swati Ghosh