I have shot more than 1000 episodes for StarOne: Hrishikesh Gandhi 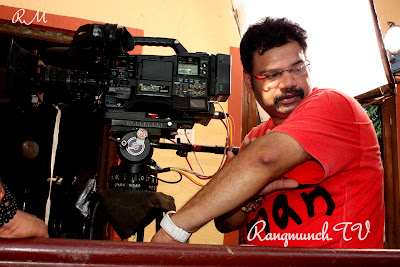 StarOne was one such channel that gave plenty of opportunities as a Director of Photography or any  creative person for that matter with the kind of shows they came up with.  When I first saw Guns and Roses or Family Business, as a maker I myself was totally impressed by the contrast lighting, the rich look and feel. One had to have guts to want to try shows like that.Those are the kind of shows, one dreams of doing, since there is so much one can do as a DOP. Hence when  I got my chance to do shows on StarOne, it was but obvious that I would grab the opportunity.

During my stint with StarOne that has spanned over 3 years I have shot over 1000 episodes, where I did shows like Sshhh Koi Hai, 500 Episodes of Miley Jab Hum Tum and around 500 episodes of Geet. I have also shot a couple of sequences of Love Ne Mila Di Jodi. As I look back now, I feel honored and also proud of myself for having worked on shows such as this that have gone on to become so popular. StarOne as a channel being pulled off came as a huge disappointment, because, it was welcome change for those like me that didn't want to try mundane stuff on TV.
Some people I cant fail to mention are Nikita and Rohini from Star. They were outstanding. The way they worked on the shows, made all the difference according to me. 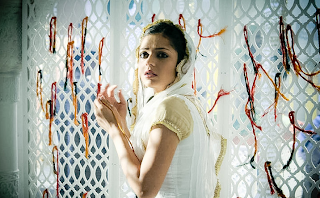 I feel, however I did my best work with Geet. It was like an all new beginning. When I see the way dargah sequence was shot even today,I feel thrilled at the amount of variety we  have tried on the show. Even now when I get compliments on how Geet was a "look good" show, I always aspire to get similar recognition for my other work as well. Other DOP's call me and tell me, how they love my work and it boosts me. When ever I am down and out, I make it a point to sit and watch Dulhe Ka Sehra, and that instantly peps me up and I tell myself  "Nahi Hrishi, you can do well" and I am smiling and geared up again. 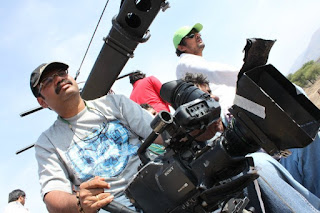 Whenever Nissar(Parvez) and I discuss a new concept we try and design a unique look for each of our shows. Like for instance after an extremely glossy show with all good looking people on Miley Jab Hum Tum, we  we tried to keep the initial look of GEET very simple hence we went ahead with very natural and realistic lighting. In the Hoshiarpur sequences we had hard lights coming into the house. By the time the office sequence came, the set up changed and we swicthed to the look good module. Alot of effort goes into making a show look a certain way, Rohini, Gul, Richa from Endemol have all done their bit so perfectly, I think its ultimately team work that has paid off.

Everybody feels bad when a show comes to an end, but we also are often told its a part of life. May be it is, but for me the last day on the sets was extremely depressing. I was totally emotional. I remember this happened even when Miley Jab Hum Tum ended. Fans were very unhappy. But this time, it was StarOne as a Channel that was going off as well. So it was hard on all of us. I however fondly look back and think of how I was a part of two hit sagas on this Channel.
On the last day when I shot the close ups of Gurmeet and Drashti, I got very emotional since I instantly remembered their first shot and how they were then and realised how time has passed! All of the sequences I had shot with them came back to me, Kurbaan Hua, The Dargah Sequence, the wedding. Since I was one of the first members of the team, I think it was extremely hard for me to let go. You know, if the same team gets together and works together again it will rock. 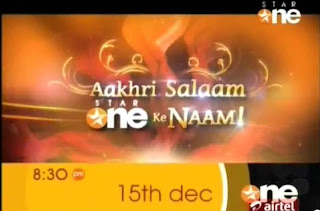 The Aakhri Salaam promo of StarOne actually got me so nostalgic, it was like the end of an era! Memories of the shows I have worked on will always stay and I will always feel proud of the fact that I have worked on two shows on the Channel where I came to know how people took interest and paid attention to lighting and all the effort that goes on behind the camera! I am really going to miss Star One.
Hrishikesh Gandhi
Director of Photography
Endemol Geet-Hui Sabse Parayi Gul Khan Hrishikesh Gandhi Love Ne Mila Di Jodi miley jab hum tum Nissar Parvez Richa Yamini Rohini Singh Shh Koi Hai Star One