I always emphasize upon the aspect of "expectation of reality” - Amit Jha! 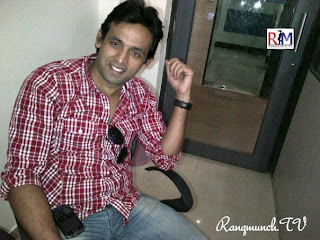 Crime shows on Television today have gained huge popularity with the realistic approach they follow. We not only learn from whatever we see on screen and understand how one has to be aware of their surroundings, at times, what we see also leaves a deep lasting impact on us. Hence, it becomes very important on the part of the makers involved with the show to keep in mind, that stories that depict gory facts, have to have a right balance of information and visual appeal.
So, are these shows scripted? If so, to what extent are they? How does a Director or a Scriptwriter of such a show carry out his job? Lets find out through Amit Jha, the Director of Sony's late night show ‘Crime Patrol.’ 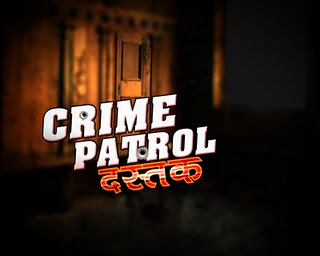 Rangmunch: You are dealing with real life stories. As a Director what is the research that goes into shooting an episode of crime patrol?
Amit Jha: Crime Patrol is a non-fiction series with real life cases depicted therein. As a Director, I have a two-fold approach to my research:
1. I must know the Script so well that I understand what must be acted to perfection in the performance of every scene, so as to bring out the cause of the crime as well as the criminal intent of the crime.
2. I strive to achieve an environment of excellence by sharing the possibilities of the Script with my team and working towards crystallization of the vision that is desired to be achieved in the Story.
Rangmunch: What is your take on the increasing rate of criminal activities all over the world? As a person from the creative media, what would you do at your level to curb it?
Amit Jha: Global Organized Crime and terrorism pose major threats to national security, global economy and can have a damaging effect on the political structures of countries by destabilizing governments. International agencies like the United Nations and extradition treaties between the nations have made it possible to fight crime and punish criminals. Crimes have their roots in the local streets where the lust for power, big money, and revenge emerge due to poverty, unforgiving attitude, and ignorance of people. Therefore, as a person from the creative media I would think globally and act locally by making efforts to work upon such projects which would increase awareness among the viewers about the causes of crimes and suggestive measures of curbing crime. 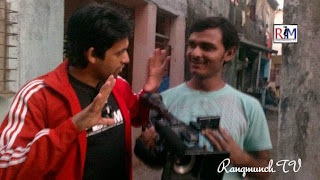 Rangmunch: What are the things you keep in mind while shooting the fictional part of a real story? How do you tone gory and graphic deals and know where to draw the line?
Amit Jha: While shooting the fictional part of a story I always emphasize upon the aspect of "expectation of reality.” I ensure that the fictional part is performed with commitment to the characters in the story and nature of crime. I believe that if the actors are committed to what they are doing, they can make the audience believe almost anything, even with the most natural performance. There is a saying, "Violence perceived is violence achieved." While shooting I keep in mind that it is not essential to show the exact act of violence as they are of a gruesome nature, so I take up gory discretion shots, which leave the audience to imagine the gruesomeness of the criminal act. This is where I draw a thin line between depicting the actual criminal act and fiction.

Rangmunch: Which is that one case that got you totally disturbed or disoriented as a person while dealing with it?
Amit Jha: An episode which I directed recently, Jharna Chemical Case, was based upon a man's self-realization and guilty conscious which led him to confess his assistance in the crime of murder. It got me totally disturbed and disoriented.
Rangmunch: What do you think has worked in the favor of Crime Patrol as a show?
Amit Jha: The very concept and essence of Crime Patrol, which is to create awareness among the audiences about the cause of a crime, has worked in the favor of the show. And beside that, I strongly believe that selection of story has an important part to play in it. While shooting also we take care that the look of show should be real so that people can relate it with their life. We take care that performance of actors should look real rather than dramatic. I think that’s why these days people can easily connect them self with the show.

Rangmunch: Why did you take up Crime Patrol as a show over other fictional Dramas on TV?
Amit Jha: I took up Crime Patrol as a show because I like to work upon social issues and do something more realistic like true stories, which involve creating awareness among the audience.
Rangmunch: Why do you think, not many shows like Crime Patrol are made in (on Fiction Channels), while we totally enjoy watching the International versions of similar shows?
Amit Jha: I believe that it is us who have to make the difference by taking an initiative of making more shows to create awareness among the audiences, as there are very few shows like Crime Patrol which are being made at the time being.
Rangmunch: On a totally contrary note, it is said these shows actually educate criminals about crimes. What is your take on the same?
Amit Jha: I strongly disapprove of the notion that such shows educate criminals about crimes. The actual act of crime and its gruesomeness is not shown; the gory discretion shots and anchor's speech are effective modes of presenting the nature of the crime and the story. This makes the audiences aware of the possibilities of occurrence of crimes and helps them to curb crime. We make sure while editing the episode that the content shown does not offend or hurt the sentiments or beliefs of the audiences.