Fanspeak: It was instantly my motherly instinct to know about GEET!

By Rangmunchtv December 11, 2011
Have you ever known of a show that has brought fans and people in the craft in close contact with one another? Geet among other things that it did to various people, made friends out of fans. There are many stories that can be told of how an actor and a viewer first got in touch exchanging compliments and thank you notes, but subsequently became friends.
Today we present you a fan account of Rakhee Bedi James who lives in US and is a well known name on the GEET Facebook page, we would like to thank Rakhee for sharing her account of her association with Geet. Little does Rakhee know however that there is a little surprise waiting for her as we publish this write up she sent us.
So here you go Rakhee, and for the rest of you, we hope, you enjoy this journey from a fan. You are free to share yours right here with us on Rangmunch.TV
Personally, I am not an avid Indian soaps watcher but in June 2010, I saw my 7 yr old son Ethan imitating few karate kind of moves and later found that he has been copying MSK. It was obvious with my motherly instinct I needed to know more about “Geet Hui Sabse Parayi.” I instantly was hooked to this show. 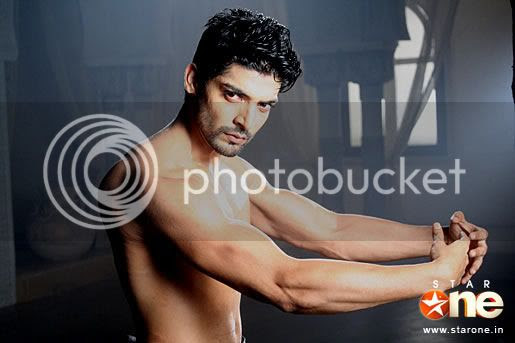 GHSP is a show that is closer to my heart for several reasons and one of them is showing the social cause of honor killing. Being an NRI, I have seen girls suffering like Geet in real life within or out of my social circle. I bow down with respect to the Production House 4Lions Films including Gorky, Nissar Parvez & Gul Khan, as they took a huge risk to show this on Indian Television. Hats off to the lead actress, Drashti Dhami who took this role of “Geet” as a challenge & did justice to the character of Geet. Gurmeet Choudhary as “Maan” knew the story revolved around the lead woman and according to that, he fulfilled his Role as well. Their on-screen chemistry is an icing on the cake for this show.

This is the first time we fans were able to discuss episodes with the makers and the actors of the show. Thanks to the entire Cast and Crew for interacting with us. I am thankful to 4 Lions for creating the Face book page of “GEET” where we have fans from all over the world. I have not met any of them physically but feel the connection of heart through this show. Geet became my “entertainment life saver” during my hospital visits last year as I had major knee surgery & was on bed for 8 to 9 weeks. I met few wonderful lifetime friends through this page and saw few souls turning into professional writers leaving their highly paid corporate positions. It amazing to see how people forget their own personal issues once they come on this page and start discussing about Geet. This show has encouraged and motivated me to fight for this noble cause in real life. A few of us have decided to create a Facebook page that would include appropriate information on lawyers, counselors, women shelters, NGO's for women worldwide, to deal with social issues like this. We are hoping to reach our goal soon. Geet Hui Sabse Parayi & the talented hot couple fondly known as “Maaneet” will always stay in my heart as the show comes to end on December 16th 2011.  Jhappiz & Pappiz to entire GHSP team.  Rakhee
Note: You can also email us your Geet story at rangmunch.tv@gmail.com
Fanspeak Geet-Hui Sabse Parayi Rangmunch.tv