Fan Speak: This show GOT to release on DVD - Sadia! 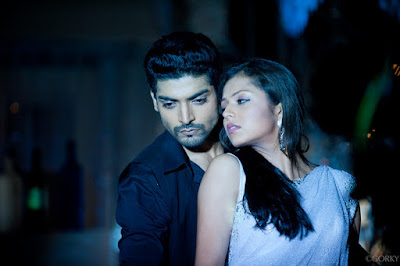 I still remember the day I first found Geet – the show I mean! I was browsing through YouTube when I saw the little thumbnail of "Kurbaan Hua" song sequence - that infamous picture of Geet in white and Maan in black behind her. For someone who doesn't watch Indian serials, I don't know why, but I couldn't stop myself from clicking that thumbnail to watch the video. The thumbnail itself made me curious – the lighting, the colour theme, the expressions on the actors' faces, the pose – I never saw anything like that – atleast not on anything Indian serial related!

After I watched the video, I couldn't sleep. Literally – all I could think about was “what did I just watch”. I got up and started browsing through more Geet related videos. The next clip I saw was the “Maahi Maahi” song sequence and from that moment, there was no coming back. I was physically stunned! It's one of the most beautiful and passionate sequence I've seen in my entire life. From that day onwards, I was hooked to this serial. My nights would be spent watching Geet-Maan related scenes and my days would be spent thinking about the scenes and trying to stay awake, while working or studying!
There are many serials on TV, there are many actors and actresses on TV. But for me, I have never seen anyone like Drashti Dhami and Gurmeet Choudhary. Their approach to a scene, their interaction to not just eachother but other characters, the way they say their dialogues – it's unlike anything I've seen! And this goes not just for the actors but the entire team of Geet. I wonder if they fully understand what they have created!

What bought me to the Geet forum was a single thought after watching “Maan's Letter to Geet scene” from the Amritsar track. There are many beautifully shot scenes in Geet; the “Dargah scene”, the “Behne De” scene, the “Kehna Hi Kya” scene, but that “letter scene” is my favourite. It's like as if the camera was reciting and enacting the most romantic poem one could think of! Beautiful close up shots of Drashti and Gurmeet also showed the brilliance of the makeup team this show has. 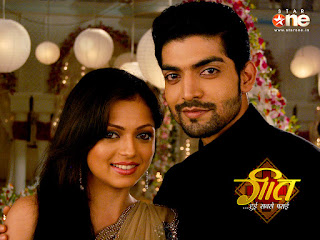 And yes the single thought was “this show GOT to release on DVD” - because all I wanted to do was keep this show in my possession forever! A very selfish thought turned into, probably the most selfless thing I have done in my life?! The thought was so strong that I made a Facebook account for the sole purpose of being a part of the “Geet” forum. I went to the forum as a silent observer. I still consider myself that. But as I introduced this single thought of mine to the world of “Geet”, I wasn't so silently observing anymore. I found four people - four sisters I should say; Zainab, Sejal, Iffy and Rani. That single thought of mine was not so single anymore – it has become a thought for many. I now run a page with my sisters to turn this single thought into a reality for all of us Geet fans.
Can a show give so much to it's fans? Geet has. We will forever remain thankful to the makers, actors, creators; infact the entire team of Geet, for giving us something so beautiful, priceless and invaluable.
Thank you Rangmunch TV, for giving us fans a platform to express our thoughts to the team of Geet.
Sadia
drashti dhami Geet Geet hui sabse parayi Gurmeet Chaudhary Kurbaan Hua Maahi Maan Rangmunch