Fan Speak: Still and will be addicted to GHSP - Alima Kanumilli !

MAAN SINGH KHURANA stormed in like a tornado, fought tooth and nail to stay away from love and lost the battle!
GEET HANDA breezed in like a breath of fresh air, turned everything topsy turvy in Dusht Danav’s  life and lost the battle!
Together, they won the war and stole hundreds of hearts. Together they also created a tsunami of emotions, a battlefield of different opinions, and a blood bath of various groups (literally)!!!! Together, they created a fanatic section of an audience, who lived in the fantasy world of Maan and Geet, 24/7, leaving reality behind. They breathed Gurmeet Choudary and Drashti Dhami, to an unrealistic level of fanaticism!! They put Mahatma Gandhi’s “Satyagraha March” to shame!!
If they created a blood bath of groups and fanatics, they also were responsible for keeping faith in fairy tales and happy endings. I was a personal witness to one such fairy tale and it cemented my feelings of faith, hope and love, even more so now than before. I was exposed to some amazing writers and their fan fictions, impressive, satirical and humorous poets to the core…. what poetic justice to a show that has deprived viewers of their sanity! 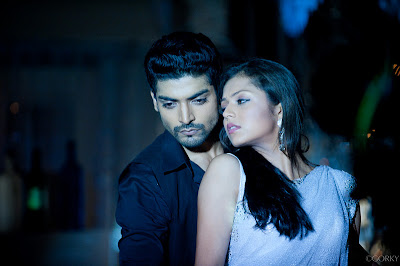 My sincere and heartfelt gratitude to the creators of “Geet Hui Sabse Parayi” from Nissar Parvez to Barry Dillon, to Mahesh Pandey to Sundeep Sharma, to Swati Pandey….and all the front runners who have toiled (at various stages), to make this show a success and a goal they have achieved beyond their wildest dreams!. My deepest and sincere appreciation to all those super troopers in the form of light boys, spot boys, technicians, costume designers, make up artists and any other department that I had missed; without these soldiers in the trenches, the show would not have happened, and today, I want to give my very special thanks for their hard work, day in and day out. These soldiers deserve more than just a kind word, for the amount of hard work they put forth, to make things happen on the sets every day. No matter how much I praise these troopers, I still would fall short of appreciating the hard work and hours they slog, just to execute a two minute scene, to make us say WOW!!!!!

I come away with very, very fond memories….from the “Kurbaan Hua” song to the ‘Pee Loo” song, to the “Darga” episode to the “Mera Mangetar Banogi” episode…..these are but just a few of the many scenes that would be etched into my memory and would always remind me of those intense feelings that these two artists have evoked…they literally poured their soul into the characters and brought them alive. I still get goose bumps thinking of certain scenes, remember those trendsetting dialogues. I come away with the happiness and satisfaction of making some amazing and beautiful friends who have become very dear to me and who I know would be with me forever. I come away with so many sweet memories of meeting some of these very friends that I came into contact through the show and I fondly remember the intense, funny, and almost fanatical discussions I shared with some of these very friends on the GHSP forum and various other discussion boards.

To me “Geet Hui Sabse Parayi” would always be like those tens and thousands of golden daffodils, when in a pensive mood, that flash in my mind, and fill me with bliss and my heart sings with pleasure;  each daffodil to me , represents an emotion, a gesture, a thought, a feeling and a character! And on this note, I would like to share a few of those lines from my favorite poem “Daffodils” by William Wordsworth…
“When all at once I saw a crowd,
A host, of golden daffodils; Ten thousand saw I at a glance, Tossing their heads in sprightly dance. I gazed—and gazed—but little thought What wealth the show to me had brought: For oft, when on my couch I lie In vacant or in pensive mood, They flash upon that inward eye Which is the bliss of solitude; And then my heart with pleasure fills, And dances with the daffodils.”

My warm wishes and heartfelt blessings, to every member of the team in their future endeavors.  May all your wishes come true and have a rocking New Year filled with success and happiness!
Still and will be addicted to GHSP!
Alima Kanumilli (Livletliv)
barry dhillon drashti dhami Geet and Maan Geet hui sabse parayi Gurmeet Chaudhary Nissar Parvez Rangmunch Sundeep Sharma swati pande