Fan Speak: I joined GEET page when there were only 300 fans - Noorie! 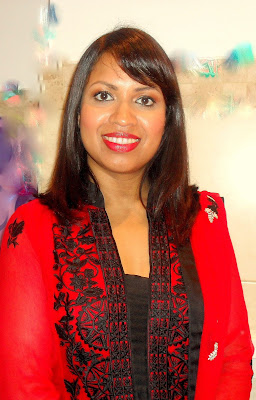 I joined GEET FB page when there were only 300 fans and, as more people joined, I formed some very strong and lasting friendships. A few of us formed a group called Bologeet and started translating the Hindi into English for the people who watched Geet but couldn’t understand the dialogues fully. We literally stayed up all night just to do this and became very sleep deprived but such was our passion for Geet that we were happy to do this.
The first “office” phase of the show happened during Ramadan 2010 and those of us who were Muslim would rush through our ifthar (breaking of fast) so we could get back to our computers to discuss and translate the days episode. We uploaded the translated episodes on Youtube and were very happy to see the appreciation it received.
It was fabulous when admin started to reply to us and we used to have a great time exchanging banter! My favourite response from GEET admin:
GEET Courtesy: Noorie Churailmukhi, with the most beautiful profile pic I have seen!
This was in response to my complaint that admin was stealing my thunder as he/she had decided to pop up on the wall just as I had posted a VM. He/she then posted the link to my VM and the above comment on the wall. I was very surprised and literally gobsmacked that he/she would do this.
http://www.youtube.com/watch?v=dOY88pFRMvw 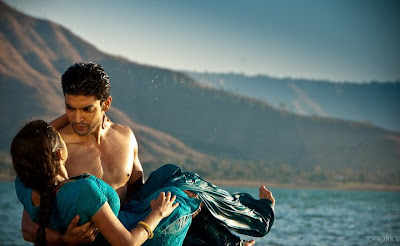 My favourite scene would have to be where Maan saves Geet from drowning in the river (This is after she bumps into him at the mela and begs him to save her from the goons who were chasing her). Since I loved Drashti’s character in DMG, I immediately recognised the girl in the arms of the handsome hero and decided to find out what this new serial might be about. I watched a few episodes on Youtube but it was only after Maan made his entry that I felt the show became worth watching.
Such was my fascination with Geet that I remember learning to make VM’s just so I could make them on Maaneet and the stress I used to go through when my Sony Vegas would give me attitude and play up!
I have loved my time with GEET and will always remember the “good old days” with the admin and my friends. I would also like to thank GHSP for introducing me to some great girls, a few of whom I have become very close friends and whom I have met recently *gushes like an overflowing sink*. I am sad for the fans that are still trying to stop the show closing but will say to them “all good things have to come to an end.”
Good luck and God bless to the GHSP team!
Noorie
drashti dhami Geet Geet hui sabse parayi Gurmeet Chaudhary Maan Rangmunch