Fan Speak: GEET bonded me with people of all ages: Mano Padmanaban! 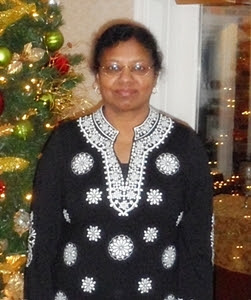 I started watching Geet at first to see my favorite actor Gurmeet Choudhary. I had no clue about the story or what a sensation it would turn out to be among the masses! Then the story of a young girl fighting against her family to become independent and stand up for her rights attracted me to the show.
From the first day itself, Geet became a part of my life, as I watched it fervently and had discussions on a daily basis with other viewers. The story was gripping and the emotions ran high as we wanted Geet to fight the demons and succeed in life and stand on her own two feet. When Maan entered her life, we, the viewers knew that this story would go down in history as one of the most loved shows of all time! People from all walks of life, various religions, and different ages from all over the world fell in love with Geet and Maan. We cried with them, celebrated with them, were angry at them, and through all of it we fell in love with the characters as well as the actors.
For me personally, GEET show has bonded me with people of all ages from around the world and I have formed life long friendships. Even though the show will end, my friendships will never end. I am eternally grateful to the CVs, the cast and crew for bringing us this fabulous story with such strong characters and for making such an indelible impression in our minds.

One of my favorite scenes among many is the Maan and Geet confrontation in the "Green Room.” Maan gets angry on seeing Geet's desi decoration for a KC launch party. He is hopping mad but when he enters the famous green room and sees Geet in all her beautiful glory in the red dress, he is speechless and he stops standstill admiring her.

All his anger goes out of the window for a moment. Geet acts shy as he stares at her wantonly. This scene showed so many emotions from both of them: from Maan - passion, angry at himself, regret, and angry with Geet for evoking feelings in him. Geet knows what the basis of his anger is and points it out directly to Maan. Maan denies it, but almost spills the beans that she has driven him crazy with passion since the day he met her! The fighting of wills between the two of them and the sparks flying was fabulous to see! GC and DD were simply superb in carrying out the emotions ~ Mano Padmanaban!
Mano Padmanaban is yet another old member of Geet Forum and needs no introduction, and on behalf of Rangmunch.TV, we would like to thank Mano for sharing this wonderful journey with us.
Geet and Maan Geet hui sabse parayi Rangmunch.tv