“Kitne aadmi the” ….Whenever you hear this line what is the first thing that comes to your mind? I have always associated the character Gabbar Singh with this line. SHOLAY and each of its characters would not have gone down in the History of Indian Cinema as the most successful film of all times without those impactful dialogues.
I had also viewed silent movies like “Pushpak” which was brilliantly made. But there were instances when as a viewer; I wished there were some conversations that were exchanged between the lead pair. It was then that I realized the role of a “Dialogue Writer.”
We all love Geet Hui Sabse Parayi for various reasons, such as the concept of the story, the execution, the character sketches, the background score, and above all, the chemistry shared by the on-screen lead pair, Gurmeet Chowdhary and Drashti Dhami as Maan and Geet.
However, the Love Saga of Maan and Geet would be incomplete without the mention of Barry Dhillon - a name that has been associated with the show right from its inception to date. Barry’s dialogues act as a catalyst for us to fall even more in love with the characters, giving their relationship a new depth unseen so far across shows in various channels. The dialogues breathe life into each character of Geet and make them look real and relatable to every girl, every woman watching the show. We laugh, cry, dream, hope, and LIVE every moment with “Maaneet” as he gives words to their thoughts. 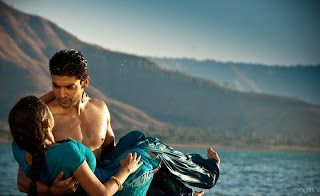 Episode 12: Maan 's first words to Geet
"Chup...Bilkul Chup!!"  These three words said it all and the character of Maan Singh Khurana became a Phenomenon over night and took the nation by a storm. Maan, a man of few words, not only swept Geet off her feet, but also took millions of Girls/Women across the world along with the wave. The title of a "Knight in Shining Armour" seemed just apt for him. 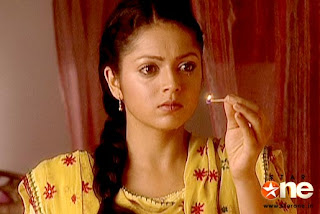 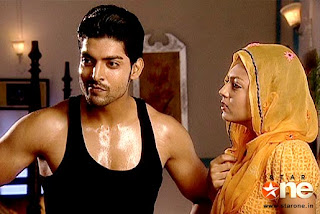 Barry Dhillon is the Man, who has been associated with the show from inception and has carved a niche for himself. His dialogues create those heartwarming and mesmerizing Maaneet moments, which we will cherish for life.

While the Screenplay gives LIFE to a Show, the Dialogues become its SOUL.
Rangmunch.TV would like to bring to you the Best Dialogues from Geet Hui Sabse Parayi, as a token of appreciation for our very dear Barry Paaji.
So get ready to re-live the ‘Best of the Best’ moments of Geet with Rangmunch.TV.
Swati Ghosh
Rangmunch.TV
barry dhillon drashti dhami Geet and Maan Geet hui sabse parayi Gurmeet Chaudhary Rangmunch Swati Ghosh