THE ARROWS OF CUPID!! 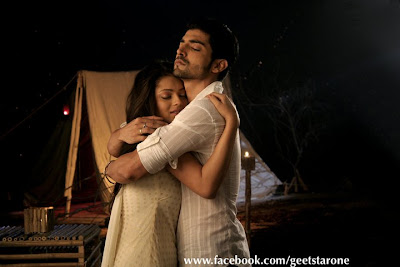 In the journey of Love, few people become instrumental in getting the two lovebirds closer. We refer to them as “Cupids.” Usually Cupids act as a catalyst to unite the two people in Love and create the magic of “HUM.”
The Maan and Geet Love Saga is unique and inspirational not only because they met in the most adverse situations and bonded over diverse circumstances, but also some of the characters who brought them closer never belonged to the clan of cupids and yet served as the medium in creating the magic called MAANEET.

Dev Singh Khurana:
The ‘MAN’ who scarred Geet for life, a man who was responsible for all the trauma and humiliations she faced at an early age of 18. First, he got into a trap of debts and then, in order to cover up his mistake, he conspires with his wife to execute a crime in the form of Fake marriage and eventually commits a sin by consummating the marriage. The character sketch of Dev though is true to life, does make us ponder how conveniently people play on human emotions, and unhesitantly bruises their soul for life. Least do they realize how fatal the consequences of their actions can be.
It is impossible for anyone to forgive Dev, but as we know, life always has its own music to play. Had it not been for this man, Geet would never have found the love of her life, Maan. In addition, it was for Dev, that Geet witnessed Maan as a ‘Man of Principle’ in the true sense of the word, who stood against his own blood on knowing the truth about him.
Such was the impact of the character, that even though actor Samir Sharma came back as the reformed Dev, the viewers still recall Abhinav Shukla as the real face to the crime on screen.

Nayantara Rathore:
‘Khoobsurat Bala’...That is the phrase that comes to our mind when we think of this character. She was smart, beautiful, intelligent, and shrewd. Such was the strength and will power of this woman that she went about planning her husband’s marriage to Geet, in order to save themselves from the creditors. Not only did she plan but also took the onus of executing the same. Being a woman herself, Nayantara was not hesitant in ruining the life of an innocent girl.
However, her plan backfired when Geet got pregnant and to make things worse it had to be Maan Singh Khurana, who became her ‘Savior’. Every attempt of Nayantara to keep Geet and Maan apart, and prevent the truth from being revealed, turned futile. It was her vindictive and vicious nature towards Geet that compelled Maan to be more protective towards Geet and hence strengthened their bond.
Karishma Randhawa is an actor par excellence. Every face off between Maan and Nayantara stood out because of her brilliant performance. Her persona added the aura to the character of Nayantara, which will always be remembered.

Brij Handa:
‘Bhaiya mere Rakhi ke Bandhan ko nibhana.’ Every sister says this line to her brother on Raksha Bandhan and hopes that he will save her from life’s ruthlessness. However, Geet, Babaji’s chosen one, got the World’s most heartless brother in the name of Brij, who did not falter to try to kill Geet in the name of traditions. Girls who saw the character of Brij may have thanked God for sparing them from experiencing such ruthlessness in reality. Despite all of this, we have every reason to thank Brij, because if it was not for him, Geet would have never dared to leave her family in Hoshiyarpur and traveled to , where she was to meet her Maan all over again.
The actor Beizaad Khan needs to be applauded for portraying the character of Brij with such perfection that every time he appeared on-screen we loved to hate him. 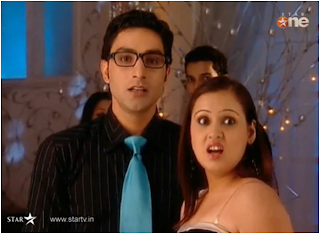 Pinky and Adi:
When GEET alighted from the bus at , a cute and bubbly girl named Pinky, who happened to be her family friend, warmly greeted her. Inspite of having an off, that very day Pinky had to visit Khurana Constructions to handover a file and hence tagged Geet along with her. On reaching office, she left geet on her own for a while. A walk in interview was scheduled for the position of a Scretary to the Managing Director. On noticing Geet at the office lobby, Adi mistook her to be one of the interviewee and beckoned her to the interview room. Things happened at a lightening speed and even before Geet could realize, she was holding the appointment letter in her hand. Taking this as a blessing from Babaji, she decides to take up the job at Khurana Construction there by paving the way to Maaneet Love Saga.
It was for these two sweet and kind souls, that Geet found an entry into Khurana Constructions and always managed to overcome every challenge that Sasha threw at her, and continued to prove herself as a true professional in the eyes of Maan.
Aditi Chopra and Praneet Bhat will be missed for their comic timing and for giving viewers the lighthearted moments on the show.

Savitri Devi aka Dadima:
Yeh mere kaan kya sun rahe hai..yeh kaisa chamatkar ho ..Maan Khurana aaj kisi ko sorry keh raha hai…yeh ladki kaun hai…bhagwan kare yeh wohi pyaari si ladki ho jo mujhe kal office mein mili thi….Yessss!!! She is the one!!
Savitri Devi, Maan’s Dadima took an instant liking towards Geet the day she met her and soon realized her worth. She knew that Geet was the only girl who could be paired opposite Maan. She had started to witness Geet’s influence on Maan and hence did not want to let go off her even when Maan in his emotional conflict had fired her from work. Had it not been for Savitri Devi’s brilliant timing and planning, Maan and Geet would have never met again, putting aside their ego. Savitri Devi stood by Maan and Geet through thick and thin. Even after the revelation of Geet and Dev, she did not turn away from Geet or misunderstand her. Rather she tried to get Maan and Geet to talk and sort out their personal differences. Savitri Devi has been the most adorable Dadi cum mother-in-law that one could witness on Indian Television who always planned and plotted not against but in favour of Maaneet.
As much as we loved Suhasini Mulay as Maan’s Dadi in the initial days of Geet Hui Sabse Parayi, we equally enjoyed the journey with Anju Mahendroo, who later stepped into the shoes of Dadima.
Maaneet Love Story would have never been possible without the contribution of each of these Characters.
Swati Ghosh
Rangmunch.TV
aditi chopra ajnu mahendroo Geet hui sabse parayi karishma randeva maaneet Rangmunch suhasini mulay Swati Ghosh