I didn’t say that. Alfred Hitchcock did. And after Carole Lombard marched a herd of cattle on to his set and stomped off, he rephrased his statement to, “I never said all actors are cattle; what I said was all actors should be treated like cattle.” Playwright Tom Stoppard went one step further, “Actors are the opposite of people.”
Let me confess. I don’t hate actors. Yes, there are times when I’d like to strangle them with their own large intestine after first removing the said organ from their stomach with the aid of a blunt butter knife. But that’s when they turn the Godfather-esque scene I’ve written into Golmaal 3. Or in two other circumstances that we will come to at the end of the piece. By and large I’m ok with actors. Some of them are actually people and nice ones at that.
But yes I have had some totally WTF moments with actors. Here are a few of them. 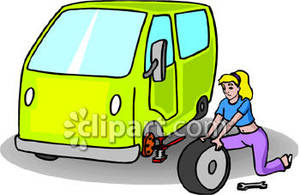 KHABARDAAR MERI HAWA NIKAALI TOH
It was the last day of shoot on a feature film. And a rather important scene involved an actress’ car springing a puncture. As it transpired, we were using the actress’ own car in the scene. But just before the shooting of the scene, when the assistants were about to open the valves of one of the tyres, she started kicking up a fuss. For some reason she felt that letting the air out of her tyres artificially would permanently damage them. No reasoning, no logic was getting past her obstinate refusal to not allow anyone to tamper with her tyres. With light fast depleting and several scenes left to shoot finally a compromise solution was worked out – all her tyres would be removed and tyres from the Producer’s car put in their place, those tyres would be the ones that would be molested by our malicious crew and post scene – all the tyres would be switched again.
You may ask why didn’t we just switch the cars? Well 3 scenes had already been shot with the actress’ car and audiences have this irritating habit of noticing if a blue car suddenly becomes red. And so a rather tiresome switcheroo happened and the scene was canned… There was a plot to stick nails in the original tires post shoot but ultimately everyone looked at each other and said – It’s ok, she’s an actress. And that was that. 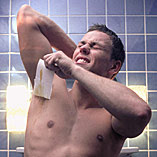 BAAL BAAL DEKHO
This incident I’m not likely to forget in a hurry cause when it happened I would have happily given the actor in question a Brazilian hair wax where it hurts the most.
So this was when I was creative head of a production house and one of our shows had a night shoot. It was a fairly simple scene – a mock boxing match – no dialogues, nothing complicated – or so I thought when I turned it pre midnight…
At 3 AM I was rudely awakened by a frantic call from the set asking me if the boxing match could be shot with the two actors in track pants. I like to think of myself as a peaceful person, not given to homicidal urges. But if that question had been posed to me face to face, I swear Jack the Ripper would have had nothing on me. For the next 45 bechara assistant who had made the call wilted under my wrath – the nub of my diatribe revolving around his questionable parentage, a four and seven letter word punctuated assertion of how one had to be blind and mentally challenged to imagine boxers in anything but shorts and a graphical description of the steps I would take the following morning to ensure the non continuance of his lineage.
When I stopped to take a respiratory pause he squeaked out the truth – the problem was that the actor was refusing to wear shorts cause he hadn’t waxed his legs!
You might ask why, if the actor was so particular about his legs not revealing his kinship with the gorilla family, did he not indulge in a spot of Anne Frenching or the metrosexual equivalent before showing up on the sets? Excellent question and one I would have definitely put to the said actor if I had any conviction that I could look at him without giving in to the urge of burying my teeth in his neck and sucking all his blood out (oops guess I’m revealing my kindship with the vampire brigade). But like I said earlier it was 3 AM, any plan of causing bodily harm to the actor would result in far more pain for me vis-à-vis having to get out of bed, find a rick, go to the set and then only being able to do the rudra tandav on his privates. Also while the last plan sounded great in theory, it was completely impractical – we were shooting a daily and the actor would be needed, all bodily parts functioning, the very next day.
So instead I had to be satisfied with merely outlining my intentions as regards the actor to the hapless assistant – and obviously keeping telecasts in mind, none of the threats were physical – more along the lines of – “WEAR THE F*&%^%%^ shorts and shoot or I’ll chop off all your scenes and lines in the next 100 episodes. (last sub clause said with the same intensity with which one threatens to chop off someone’s anatomical essentials).
The threat worked, the scene was shot, I went back to sleep. And yes, the legs were pretty damn hairy…
UH OH. We have a problem – am already past my word limit but am not even half way through the relating of these anecdotes. What to say, these actors are such footage khaus. Guess we have no option but to continue next week.
But to sign off one last gem of a quote on the subject of actors by Walter Winchell “Hollywood is where they shoot too many pictures and not enough actors.”
‘NUFF SAID’