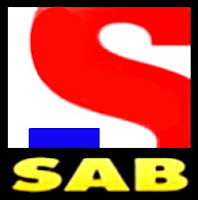 SAB TV proudly presents R. K. Laxman Ki Duniya, a show based on the works of noted cartoonist R.K. Laxman. The episodes and incidents would involve happenings in the life of ‘The Common Man’ and represent his hopes, aspirations, troubles, and weaknesses in day-to-day life. The series aims at depicting our happiness and sorrows and our indifference towards things going around us.
The series, Produced by J D Majethia (Hats Off Productions) and Dharmesh Mehta (Naman Raj Productions Pvt. Ltd) has prominent artists like Atul Parchure essaying the common man, Vandana Pathak as his wife, Deepak Ghirwale as the retired Sanskrit teacher and many more.
R. K. Laxman Ki Duniya focuses on the character of Common Man who is a silent spectator of marching time and confronts 's latest heartbreak with a kind of wry resignation. The meek and silent Common man character, a witness to everything, scheming politicians, gossiping housewives and rapacious bureaucrats, has been hugely successful because it represents the new .
SAB TV is ’s leading light-hearted family entertainment channel and the fact that R.K. Laxman’s cartoons always took a light-hearted view of serious issues makes R.K. Laxman Ki Duniya a perfect fit to be aired on SAB TV.
‘R K Laxman ki Duniya’ coming soon exclusively on SAB TV!
Edited by:
Swati Ghosh
Rangmunch.TV
atul parchure r.k. laxman ki duniya Rangmunch SAB TV Swati Ghosh vandana pathak