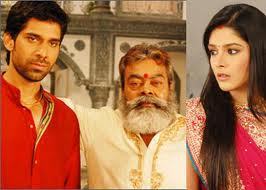 Sajjan Singh has never believed in democracy, while Pratigya lives for others. Sajjan Singh  believes in Monarch way of ruling his house, where as Pratigya’s heart is her home. Sajjan Singh  has always justified his means, be it wrong or really wrong. Its only with Pratigya, whom he has  clashed  all the time as she brings in the right reasoning to the issues. They really  have never seen eye to eye for anything.
The makers are now getting in a new track which  suggests more drama coming from this camp and that too with a name called “Samar.” He is Kesar’s son who is now under the guidance of Pratigya. The show is all set to take a leap where Pratigya will be raising Samar up as her own son with all the values, integrity and rightful ways of dealing with life. She will be inculcating the right principles in him which are complete opposite to what Sajjan Singh believes in. Pratigya believes in human values being fundamental to human existence where as Sajjan Singh only believes in getting his way by hook or crook. It will be interesting to see who succeeds and who fails.
Will Pratigya be successful in her mission or will Sajjan Singh once again turn the tables in his favour ?
Krishna turned out the way he did under Sajjan Singh’s dominance. Had there been a Pratigya back then , would Krishna be different?
Will Pratigya be able to defy Sajjan Singh and bring about a new Krishna in form of Samar?
So many questions are lurking as the show moves to a very interesting track which will have many shades now. Put on your thinking cap and pen down your thoughts …
Rangmunch.TV opens a discussion platform for all the Pratigya lovers to come and state their views on what the future might behold .
Navyanka Varma
Rangmunch.TV