News Baar :The Week Back And Forth 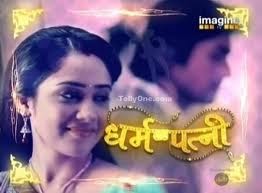 Dharampatni : The last episode of the week  ended with Mohan deciding to start his own work and not follow the family business. Everybody is very happy but the one person who is disappointed is Baapji. He obviously had different dreams and seeing them not being fulfilled is hurting him . Kastoor and Mohan are coming close which is not going down well with Mohan’s mother.  Will all this complication in the family result in Kastoor and Mohan bridging the gap or grow more distant? Keep watching Dharampatni on Imagine Monday to Thursday.

Parvarish,Kuchh khatee, Kuchh Meethi: Who said raising kids was child’s play ?This week onwards Sony TV airs the story of 2 sisters and their individual families. Where one sister is a true blue Hitler, the other is a bucket of emotions. Pinky  the younger sister is complete a jelly mass  of emotions and cries at  a drop of a hat whereas Sweety thinks only from her head and is a hard core practical mom. Both are doing a great job of rearing their kids but growing kids are a different ball game all together. Recently Pinky’s daughter,Raavi moves to her Masi ‘s house after a tiff with her mom. Pinky misses her daughter but at the same time realises that her other two kids are feeling a little left out and that she has been unfair to them . Soon all is sorted out between the sisters Pinky and Sweety and they also make up with their kids. At the end all get together for a family meal with their Papaji.To see more teenage problems and how they are tackled , keep seeing Parvarish Sony TV.

Big Boss Season 5: Cat fight turns malicious. Too hot to handle is what comes to mind when one sees as to what has happened in the past week in Big Boss. The FIGHT between Pooja Mishra and everyone is on a high but what blew out of box was Pooja man handling Sid. The physical  push , the abusive tone and the screaming probably was heard miles away. The guys also left no stone unturned. Both Sky and Sid were at each other’s throat and were absolutely taunting one another at every step of the way. On the other hand Amar, Pooja Bedi and few house mates were on a  quite note. A shocking entry to the house was Sunny Leone. I must say she maintained a dignified stance and didn’t let the cat out of the bag as to her identity. Pooja  Mishra’s  sudden elimination  didn’t come as a shock. So hang on tight to your seats as things are getting HOT and HOTTER in the house. 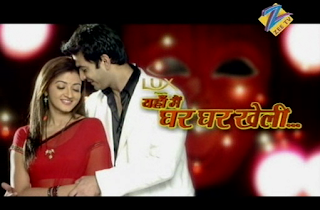 Yahan Mein Ghar Ghar Kheli : After seeing two Karans on the show the creatives have come up with the double role track yet again, this time with Abha. Will just have to see how different the makers treat this double trouble. This week showed a distraught Abha looking for her lost daughter. Karan too had a premonition from his side as if things were going wrong. But things ultimately worked out till the goons came and everything just HALTED ! The next thing you see, is a changed Abha in the Swarn Bhawan shocking everyone. Gone are the agyakaari, sushil and polite bahu. Replacing her is raw, raunchy and highly unpredictable one. Looks like it is going to get very interesting from here on and like everyone else we, would also like to know “Where is the real Abha?”  So keep tuning on to Zee TV every weeknight.

Sasural Simar Ka: The week of all rona dhona has been replaced with rage, anger and disbelief .Simar  has gone and gotten married to Siddharth which has left the entire household in complete shock. The one person who just can’t fathom such a preposterous step is Prem and Roli. Mataji very cleverly and cunningly threatened Simar in getting what she wanted. Now Simar being Simar  is giving her marriage a  second chance  just so that Prem can accept Roli .Even Siddharth is baffled by this and has nothing to say. To know whether this step of Simar will destroy or give a new beginning to Prem, is what is to be seen. Keep watching Sasural Simar Ka On Colors.
Do keep  watching  as the weekend is over and a new week is about to commence .We will be back next weekend . Till then take care
Navyanka
Rangmunch.Tv
Big Boss Colors Dharampatni Imagine TV parvarrish Rangmunch sasural simar ka Sony Entertainment TV Star Plus yahan mein ghar ghar kheli Zee TV