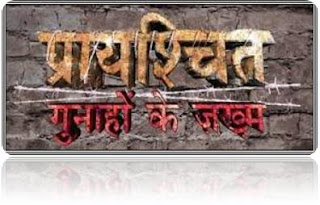 Friday, 18th November, viewers will witness the last episode of Prayashcit: Gunahon Ke Zakhm, as the show will go off air after revealing yet another heart wrenching story of Crime and Repentance.
The story revolves around Dilip Sharma born in 1953 in Ujjain. Dilip had nine members in his family. His father worked in a mill. He was the fourth child. Though the family had enough money to eat and even had some cows of their own, still any extra money was always welcome. From an early age Dilip and his brother used to do odd jobs to supplement the income. Dilip worked in a candle factory at 50 paisa per hour and later at a sugarcane juice shop.
When he entered teenage, he also started going to an akhada like all the other boys of his neighborhood in Ujjain. An incident happened at the age of 16 which took Dilip on a path of wrong belief of power. Mansukh was a notorious bully in the locality. He was the other name for terror. People used to be scared of him and his men; and no one dared to confront him. When Dilip heard this he resolved to take revenge. True to his words, Dilip attacked Mansukh by throwing red chili powder in his eyes and smashed him with a stick.
So catch Prayashchit: Gunaho ke Zakhm on 18th November Friday at 9:00pm only on Sony Entertainment Television
Edited by:
Swati Ghosh
Rangmunch.TV
Prayashchit Rangmunch Sony Entertainment TV Swati Ghosh