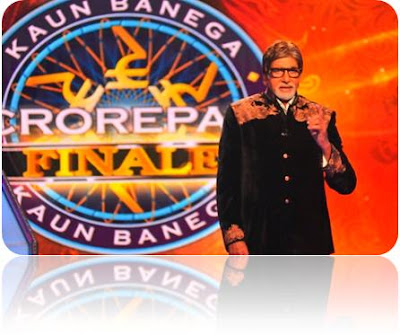 Adar Aadab Abhinandan Abhar... Welcome to Panch Koti Maha Money; Kaun Banega Crorepati Grand Finale.
KBC has finally come to the end of yet another season. Today Sony Entertainment Television along with all its viewers will bid goodbye to this most popular game show and the Legend Mr. Amitabh Bacchan.
Kaun Banega Crorepati Season 5 will be remembered for all the good reasons like having the highest prize money of Rs.5 Crores, Mann Chaha Padao which allowed the contestants to choose the base prize money as per their comfort and play accordingly. It also had a surprise for the viewers who loyally watched the show sitting at home in the form of Ghar Baitho Jeeto Jackpot.
Every contestant had their own reasons to participate in the Game. While they came to try their luck in fulfilling their dreams and make some quick money, one thing that went common with each and every participant was the idea of sharing the stage with the iconic BIG B. While some contestants played brilliantly and got famous overnight by winning huge prize amounts, some went back home empty handed. But one thing is for sure, money or no money, every contestant carried back an experience that they will cherish for life.
Even in today's episode of KBC there are loads that one can look forward to!!! Audience will get to see once again the hero of the season Sushil Kumar on the hot seat, answering the questions of the audience. Also watch our King of Bollywood and host Amitabh Bachchan bidding farewell to the audience.
All this and more coming your way on KBC, tonight at 8.30 pm only on Sony Entertainment Television. So join in the Grand finale and be a part of your favorite show!!
Swati Ghosh
Rangmunch.TV
amitabh bachchan Kaun Banega Crorepati Rangmunch Sony Entertainment TV Swati Ghosh