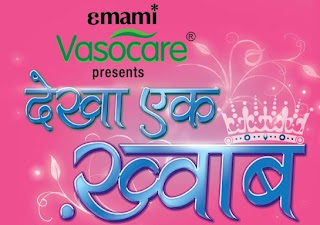 On 5th November 2011, Sony Entertainment Television announced the launch of a dreamy contemporary fairytale - ‘Dekha Ek Khwaab.’
All of us have one big dream. A dream we visit now and then secretly, a dream which we ourselves believe is out of our reach. However, one in a billion dreams does come true, but what happens when dreams come true overnight? They bring with them a set of challenges, complexities and difficult decisions. 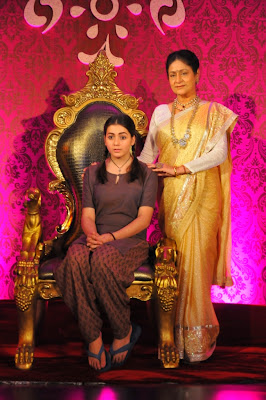 A mesmerizing Royal experience with interiors infused with the nostalgia of a bygone era of grandeur and elegance, Dekha Ek Khwaab will take you on the journey of ‘Monia’ the lead protagonist whose ordinary life one day is transformed into something magical and fulfilling. Fate listens to her and in an incredible twist of destiny, Monia suddenly finds herself to be the long lost daughter from the royal family of Devgarh. Thus begins the extraordinary journey of Monia as Princess, which takes her to a dreamland. Monia played by the bubbly Priyal Gor discovers this new life along with Rajmata Mrinalini – played by none other than ace actor Aroona Irani! A natural queen and a regal queen mother- Rajmata Mrinalini Devi is the mix of elegance and severity. For her, the world that she lives in has a certain balance of power. Monia in this new journey will discover love, joy and riches beyond description and there will be defiantly an element of magic but all at a cost. What is the price Monia will pay for her dreams?
Produced by Rose Movies, Dekha Ek Khwab will bring back the romance in storytelling with   lavishly mounted sets, a powerful ensemble cast and an interesting storyline set against the backdrop of Indian Royalty.
Commenting on the launch, N.P Singh, COO, MSM, said “This year has been a splendid year for Sony Entertainment Television as we stand at a clear No 2 position over the last ten weeks, with KBC changing lives of people and Bade Acche Laggte Hai and Kuch to Log Kahenge being household names, we are confident Dekha Ek Khwaab will consolidate our position at No 2 and add to the power and punch that Sony is bringing to its audiences and continue to delight audiences on a daily basis.” 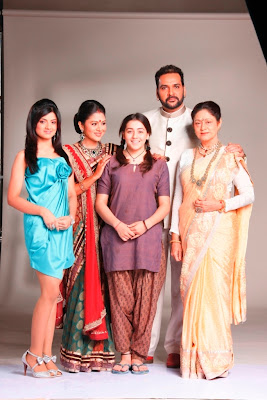 Added Ms Sneha Rajani, Senior EVP and Business Head, SET, ‘As I have mentioned in the past ‘Fiction will be our main growth driver.’ At SET it is our constant endeavor to offer variety and novelty to our audiences by focusing on relatable themes, identifiable characters and solid storytelling. Swift on the heels of the triumphant run of KBC, Bade Achhe Lagte Hain, Saas Bina Sasuraal and recently launched Kuch Toh Log Kahenge, Dekha Ek Khwaab is the next BIG show from Sony Entertainment Television which will further strengthen our fiction line up. I am confident that Dekha Ek Khwaab will be appreciated and add to the growing audience base especially female audience for Sony’s fiction shows.”
Further commenting on the launch Ms Shrishti Arya, Producer Rose Movies said, “This is the story of Monia, who like all young girls dreams of being a princess and finding her prince charming but unlike all the others Monia's dream does come true. But it’s not anything like she had imagined...Dekha Ek Khwaab is a dream come true for us as a production house too! To tell a story so close to every girl’s heart on a platform like Sony, which has always been a leader with its distinct programming, is a wonderful opportunity. We're confident that the coming together of the shared vision at Rose and Sony will result in a memorable show that will ‘rule’ over the audience’s hearts!”
What will be the new challenges? Can Monia live up to the challenges? Will hers be a happily-ever-after Story? Come witness the story unfold.
Starting from November 21st 2011 on Dekha Ek Khwaab every Monday to Friday at 8:45 pm only on Sony Entertainment Television
Edited by:
Swati Ghosh
Rangmunch.TV
aroona irani dekha ek khwaab monia priyal gor Sony Entertainment TV