By Rangmunchtv November 09, 2011
More than often, we experience some heart touching moments in our favourite shows, which either leaves us teary eyed or brings a smile to our face. Yesterday we experienced such moments with two of the most popular JODIS on Television. While in Geet Hui Sabse Parayi, Maaneet brought back the lost smile on the faces of their fans, Arnav and Khushi in Iss Pyaar Ko Kya Naam Doon brought tears in the eyes of their viewers. 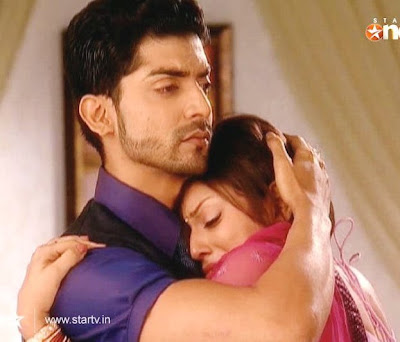 “Tum phikar mat karo Geet mein aa hoon”…As Maan uttered these words to Geet, the viewers rejoiced and breathed a sigh of relief to see Maaneet together in one frame after an entire week.
In time of deep despair and complete loneliness, the one person you yearn for, if he or she appears before you, the moment will surely leave you shell shocked and speechless. That is exactly what happened to Geet when she saw Maan standing right in front of her. She looked at him in disbelief as they met under unexpected circumstances. However, the moment Geet recovered from her state of shock, she hugged Maan tightly to not let go of him while tears trickled down her eyes. She was overwhelmed to see that her Babaji had sent Maan just when she needed him the most. Geet’s fears peaked after realising she was being followed and cornered in Maan's absence. She tried to bravely face her Stalker, only to realise it was no child’s play. Totally flustered and out of her senses due to shock, Geet found solace and felt secure in her Maan’s arms. She was finally HOME! 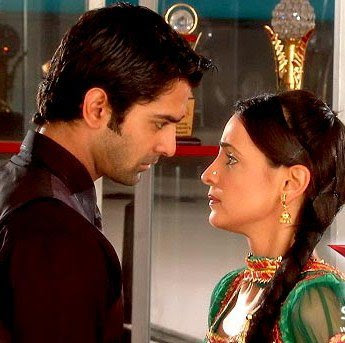 “My mind tells me to give up but my heart won’t let me” ~ Anon. Yesterday, one could see the pain and anguish that Arnav was going through as he watched Khushi slowly WALK OUT of the Raizada House and from his LIFE too. For the very first time, the fear of losing the sight of Khushi forever was so evident on his face. He had already started to miss Khushi but did not want any one to sense his restlessness and anxiety. While he was trying to battle the entire world portraying anger and frustration, he miserably failed in front of one - HIMSELF! Even though he hated himself for getting affected by Khushi, Arnav could never stop his heart from being drawn towards her. Despite yelling at Khushi, deep down his heart, Arnav wanted to hold her back and never let go. He was almost on the brink and would have surely melted only if Khushi at that very moment had embraced him, affirming that her heart equally beats for him. We hope that the tug of war between the heart and mind soon ends and both Arnav and Khushi realize and admit their LOVE for each other.
Swati Ghosh
Rangmunch.TV