International Segment: Popcorn! Movie Line-up this November – Which one of these you wouldn’t want to miss?

Take your pick from a variety of genres that is threatening to invade our theaters this month starting with Sci-Fi and ending with Happy Feet 2. Don’t we all love it when we have choices? So what are you waiting for – Dive in, pick your favorites and block those dates well in advance. Sure, you can thank me later :-)
November 4th: Will you be ‘In Time’ for the ‘Tower Heist'?
In Time (Sci-fi): 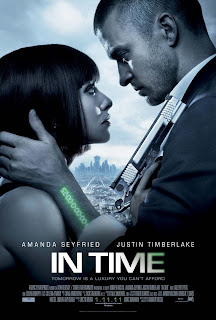 Crime, Sci-fi, and Thriller rolled into one; ‘In Time’ tells a story set in the future where people stop aging beyond the age of 25 but unfortunately, you have to buy time to survive post that age. A poor man, Will Salas (Justin Timberlake) finds himself with lots of time on his hands but has to run for his life to escape the corrupt cops known as ‘time keepers’.
The Cast includes American pop singer, Justin Timberlake, Dr Remy Hadley of ‘House’ fame - Olivia Wilde, ‘White Collar’ Matt Bomer, and Amanda Seyfried. It is written and Directed by Andrew Niccol who made his debut with the popular sci-fi movie ‘Gattaca’ based on genetic engineering.
Why would I want to see it? – Justin Timberlake (will he finally be N-Sync with acting?), Matt Bomer (what is he doing in this movie), Andrew Niccol (will he repeat the success of Gattaca?), and finally want to know how to stop aging beyond 25 (One can always hope :P)
Tower Heist (Comedy): 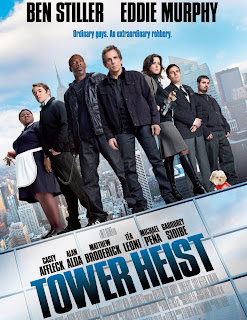 t’s a comedy! Can you expect anything less from a movie starring Ben Stiller and Eddie Murphy? The star cast does not end there. The two comedy kings lead five others who form the extraordinary gang of seven – Alan Alda, Matthew Broderick, Casey Affleck, Tea Leoni, and Michael Pena in seeking revenge on the Wall Street swindler who stiffed them. Together they plan a Tower Heist to reclaim what they lost to the swindler.
Why would I want to see it? – Are you kidding me? Ben Stiller and Eddie Murphy attempting an Ocean’s 'Seven'. Should be fun! :-)
11th November 2011: Double dosage of 3D action in ‘Immortals’ and ‘Adventures of Tintin’!
Immortals (Action/Fantasy): 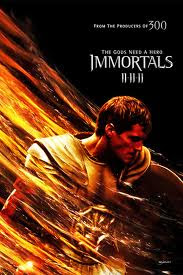 Tarsem Singh of ‘The Cell’ comes back with an Action/Drama/Fantasy offering of ‘Immortals’. It is an epic tale of treachery, vengeance, and destiny presented as a spectacular 3D adventure involving a quest across ancient for a legendary weapon by a bloodthirsty king and a heroic young villager who comes forth to stop the impending destruction thereby saving the future of humanity.
The cast includes Mickey Rourke, Henry Cavill, and Freida Pinto.
Why would I want to watch it? – I have a soft spot for stories set in grand settings where the good wins over evil. Throw in a psychic (Frieda Pinto) along with a poor, young, and handsome hero (Henry Cavill) single handedly fighting an army to save the future, am hooked!
Adventures of Tintin – Secret of the Unicorn (3D): 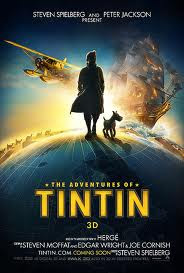 Its an animation movie directed by Steven Spielberg starring Jamie Bell (Tintin), a young reporter in pursuit of a great story who always lands up in the epicenter of adventure, Andy Serkis as Captain Haddock, and Daniel Craig as Red Rackham. Steven Spielberg, Peter Jackson, and Kathleen Kennedy are the producers of the film.
Why would I want to see it? - All of the above is reason enough.
12th November: Jackie Chan’s ‘1911’
1911 (Historical Drama): 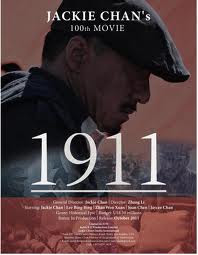 ‘1911’ is a historical drama based on ‘The 1911 Revolution in ’. This movie has been made as a tribute to the 100th anniversary of the Xinhai Revolution, which is also known as the 1911 Revolution. Jackie Chan stars with his son Jaycee Chan, Li Bingbing, Joan Chen, and Winston Chao. It is noteworthy that 1911 is Chan’s 100th movie. The master himself, Jackie Chan and Zhang Li, have directed it.
Why would I want to see it? – Two words – Jackie Chan!
18th November: ‘Footloose’ with ‘Happy Feet 2’ @ ‘The Twilight Saga: Breaking Dawn – Part 1’
Footloose (Comedy): 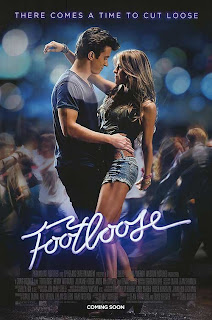 It is a remake of an old movie by the same name. It is a comedy set in a small southern town of where there is a ban on loud music and dancing. Ren, a teenager challenges the ban, bringing love, dance, and music back into the town. Cast includes Kenny Wormald, Julianne Hough, and Dennis Quaid.
Why would I want to see it? – Duh! Its dance and music for God’s sakes! How bad can it be?
The Twilight Saga: Breaking Dawn – Part 1: 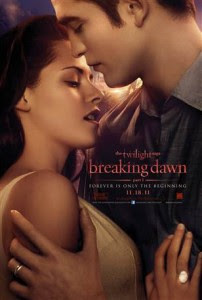 It’s the first part of the fourth book of the hugely popular Twilight series by Stephanie Meyer. Breaking Dawn is the much-awaited finale of the Vampire Adventures with Robert Pattinson playing Vampire Edward Cullen, Kristen Stewart as Bella Swan, and Taylor Lautner as the werewolf Jacob Black.
Why would I want to see it? – Am a twilight fan and I am on team Edward. Need I say more?
Happy Feet 2 (3D): 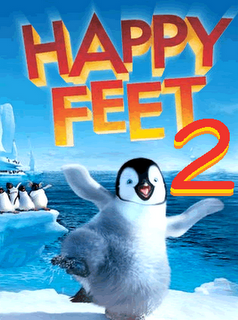 Hurray! Am dancing already! Happy Feet 2 is a sequel to the Academy Award Winning, smash hit, Happy Feet. It is a 3D animation feature with voiceovers by Elijah Wood, Pink, and Elizabeth Daily, and is directed by George Miller.
Why do I want to see it? – This question is redundant!
25th November: The Ides of March
The Ides of March: Written, directed, and produced by George Clooney, The Ides of March is a political drama starring Ryan gosling, Paul Giamatti, Marisa Tomei and George Clooney himself as Governor Mike Morris. It won the Brian Prize at the 68th Venice International Film Festival.
Why would I want to see it? – Marissa Tomei – She is one of the most underrated actors in . She is an absolute delight to watch on screen. ‘My Cousin Vinny’ anyone? And ofcourse George Clooney! Eager to see him after his role in and as ‘Michael Clayton’.
26th November: One Day!
One Day (Romance): 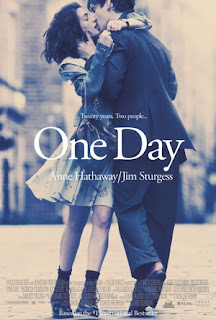 It is a romantic film based on a novel of the same name. Anne Hathaway and Jim Sturgess play the lead. It follows the lives of the protagonists on one particular day, July 15th of every year for twenty years of their lives after they spend a night together on that date one year.
Why would I want to see it? Anne Hathaway. While watching her act, would also love to check out if the movie is as bizarre as it sounds.
We at Rangmunch.tv would love to know your top picks this November.

Whichever movie you choose to watch, make sure you have fun at the theaters!

I leave you with 'November Rain' by Guns N' Roses -