By Rangmunchtv November 09, 2011
We are ordinary people going about our mundane lives with a laugh here and a yawn there. For most of us, crimes are those that happen far away from us or that we read of in the newspapers the next morning or that we see everyday on television with our favorite stars enacting ‘crime solvers’ to perfection. 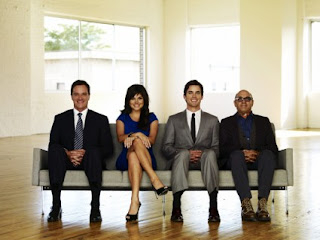 In the present day, Castle, Bones, and White Collar are three such successful shows on a string of a long list of crime solving ones that we have loved and grown up on. Remington Steele and Moonlighting are two hugely popular ones of yesteryears that instantly pop into our minds. This genre of shows has ruled our hearts then and is doing it again now.
What is it about them that has us hooked to their every move on screen and off it? This is no conjecture on my part; various social networking sites are testimonial to how much these shows are loved and followed across the world.
Stand-alone episodes of Crimes: 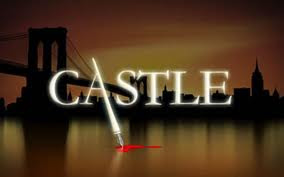 The central theme of each episode is different and varied. The crimes are not connected to each other thereby bringing in a lot of variety for the audience to enjoy. The fact that in a world where we are having less and less control over what is happening around us, these hourly episodes of solving a crime gives us a sense of closure and thereby a sense of control that we so eagerly crave in reality.
‘Castle’ sees an irresistibly handsome crime team up with a sexy, kick-ass NYPD detective, Beckett to solve murders. 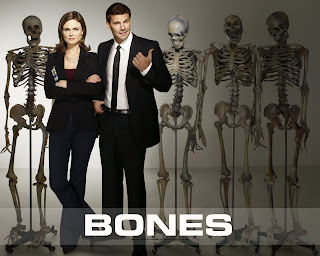 ‘Bones’ explores the depths of solving crimes by digging up bones and giving them a voice and who better to do it than an unusual duo of perfectionist forensic anthropologist Brennan and the ‘casual as they come’ cool hunk of an FBI agent, Booth. 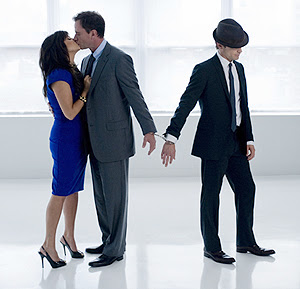 ‘White Collar’ has uber-intelligent Conman Neal Caffrey turning consultant under the watchful smart FBI agent Peter Burke to get to the bottom of white collar crimes like fraud, art theft, forgery, and embezzlement.
Lead Factor: The Chemistry!
One major factor that keeps us glued to ‘Castle’ and ‘Bones’ is the undeniable chemistry between the lead pairs; writer of crime novels,  Richard Castle and NYPD detective, Kate Beckett in Castle and Forensic anthropologist, Temperance Brennan (Bones) and FBI agent Seely Booth.

The swordplay and sexual tension between Castle and Beckett (Caskett) is something that we look forward to be part of in every episode of Castle. The tug of words between them is a top draw for fans who thrive on little friction in relationships. 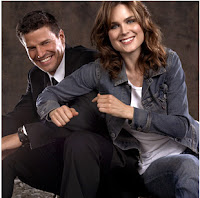 Bones and Booth share an unconventional partnership that is both stimulating to our minds as well as our hearts. Both of them have come a long way in terms of learning and unlearning many things from each other in the six seasons of Bones. While Bones has learned to be a little more flexible and respectful of all things related to one’s heart, Booth has learnt to be pragmatic in his relationship with Bones.
Other points of romantic relationship interests in Castle are Jenny-Ryan, Esposito-Lanie and Angela-Hodgins in Bones.
Interpersonal equations: 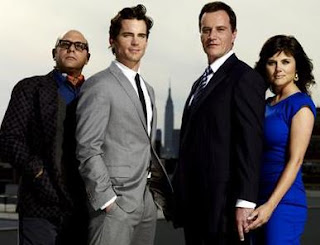 The increasing interest in the show White Collar is proof that romantic tension is not necessarily significant in keeping fans happy. Even without a steady love interest at the forefront in ‘White Collar’ for the charismatic conman Neal Caffrey, the show still manages to keep the audiences hooked to it right from the word go.
The relationship dynamics between the FBI agent, Peter Burke and Caffrey that has recently turned edgy with season 2 finale is one of the most intriguing aspects of ‘White Collar’. The love and understanding that Burke shares with his wife, Elizabeth, unlike those shown in most of the cop shows, is also one of the most fascinating factors of the show. Neal Caffrey’s friendship with his confidante mozzie is another winner for the show. 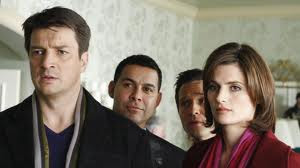 In Castle, the father-daughter (Castle and Alexis) and mother-son (Martha and Castle) relationships are refreshingly different where you see the son playing the parent to his mother, while at times  the daughter takes on the reigns of a parent to her father. The bond these three characters share is undoubtedly one of the most envious ones I have seen on screen. Esposito and Ryan’s easy and committed partnership in the precinct is a treat to watch. Infact, the team of four (Beckett, Castle, Esposito, and Ryan) belonging to the 12th precinct rocks! We will miss Captain in the upcoming season (4) of Castle.
Common Thread through the Seasons:
A show cannot survive on plain old romantic formula. It has to have something beyond it to keep the narrative alive through the various seasons. 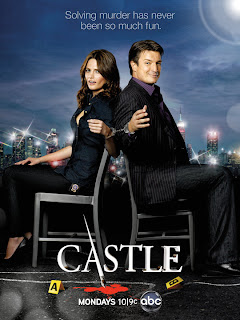 Castle: The suspense behind Beckett’s mother, Johanna’s brutal murder is the common thread that links the seasons apart from her growing relationship/partnership with Castle. 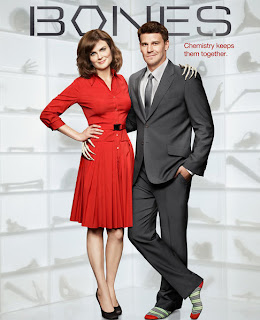 Bones: The bones create enough and more drama besides the psyche of our protagonist Bones to delve into throughout the various seasons. The various new characters entering the Jeffersonian Institute as Brennan’s “squinterns” each come equipped with a quirk that is ludicrously entertaining. 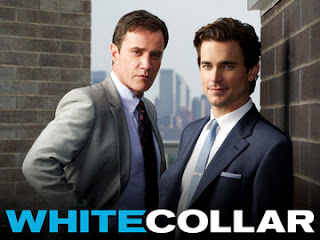 White Collar: Trapped on the right side of the law for too long with FBI agent Burke, the born conman Caffrey tries to struggle free and leap over to the familiar wrong side with the right instigation from his friend in crime, Mozzie. His love of his life, Kate and her mysterious death in Season 2 has opened up another interesting link in the story.
Another thing that binds these shows together for us is that we are eagerly awaiting the next seasons of each of these beloved shows to return to our television screens at the earliest. I hear the ongoing seasons of Bones and Castle in US are well worth waiting for but yet I hope we don’t have to wait for very long before we get to watch it on our television screens.
Beckett Bones Booth Brennan Castle Kate Beckett Neeraja Unni Richard Castle Seely Booth White Collar