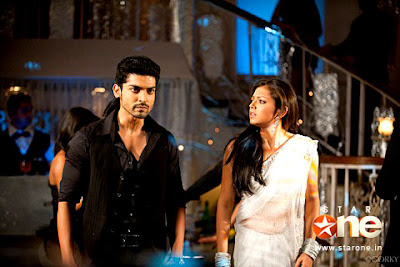 Chapter 24
Over the next week, the Khurana’s worked hard every day and spent the evenings talking late into the night.  He was aware of Dev’s coming and going and Dadi’s efforts at persuading Dev that there was nothing to stop him marrying Priya, but he refused to get involved.  Learning about his wife was more intoxicating than he could have imagined; despite her lack of worldly experience, she had a knack of seeing straight to the heart of a matter, and he enjoyed listening to her unspoiled opinions on many topics.
They spent their evenings talking about many things, but the main topic of conversation in that first week was what subject Geet should study.  She was hesitant to apply to Delhi University for anything, despite her earlier eagerness, aware that her education in Hoshiyarpur was likely to be found wanting when she wanted to study further in Delhi.   It took a few days before they found a course that she felt comfortable with; a part-time Masters in Design, which would take her four years to complete.  As they discussed the course requirements, they somehow ended up discussing international design differences, which led him to talk about all the different countries he had visited.  When he realised how much she wanted to travel, he immediately started making plans to take her away with him; the thought of seeing the world through her eyes was almost as enchanting as she was.
It was ten days after the meeting with Priya that Dev finally agreed to marry her.  The Khurana couple were getting ready to go to sleep when there was a knock at the door; when he opened it, Dev was standing there, looking remarkably calm for a man who had come to a life-changing decision. 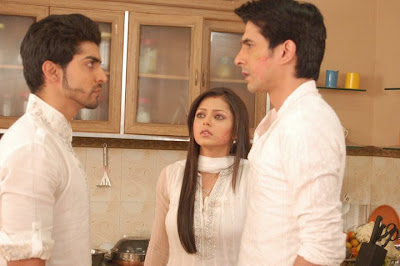 “Bro, main Priya se shaadi karne wala hoon” “Bro, I’m going to marry Priya”
Before he could respond, Dev continued “Bro, both Priya and I would appreciate it if you would let us have a small ceremony here at the Khurana Mansion.  The only people we want there are you and Geet, Dadi and Anjali.  Priya doesn’t want to do anything that would disrupt Anjali’s studies right now; she has exams coming up in a few weeks”
Glad that he didn’t have to ask who Anjali was, he opened his mouth to speak, but before he could, Dev hesitantly continued “Bro............”
“Bro, mujhe aap se aur Geet se ek aur baat poochna hai, kya main Geet se ek minute baat karsakta hoon”  “Bro, I need to ask you and Geet something, can I talk to Geet for a minute”
He turned to look at his wife, who was standing listening to the muffled conversation her husband was having.  As he quirked an eyebrow, she nodded; he stood back and opened the door to allow Dev to walk in.
“Bhabi, main Priya ke liye kuch maangna chahta hoon.” “Bhabi, I want to ask you for something for Priya”
Before Geet could respond, he continued quickly, as if to stave off the refusal he was obviously expecting.
“Main jaanta hoon main jo chahta hoon, woh aasaan nahin hoga, magar Priya aur Anjali ki khaatir main aap se maange bina nahin rehsakta.” "I know that what i want won't be easy, but Priya and Anjali deserve the best that I can do for them, and so I have to ask you for something"
“Bolo Dev, kya baat hai” "Tell me what the matter is Dev"
“Bhabi, kya shaadi ke baad hum yahan rehsakte hain.  Main jaanta hoon aap ne ab tak mujhe bardaasht kiya hai, magar main yeh nahin chahta ke aap ki ijaazat ke baghair main Priya aur Anjali ko ghar mein laaoon,  Agar aap ko bura lage, to main jaake Priya ke ghar mein reh sakta hoon, magar woh yeh soche baithi hai ke woh yahan aayegi, humare family ka hissa banegi.” “Bhabi, can we live here after the wedding?  I know that you’ve tolerated my presence, but I don’t want to bring Priya and Anjali into this house without your permission.  If you prefer, I can move to Priya’s house, but for some reason she’s got it into her head that she’s going to move here, become a part of this family”
There was a moment of silence, then before her husband could butt in, Geet spoke.
“I wouldn’t expect her to live anywhere else, Dev.  She will be as much a bahu of this khaandaan as I am.  Anjali has every right to be part of this family too.”
She paused, then took a deep breath.
“We’ve never talked about the past, and we never will.  It’s done, over.  After this moment, I never ever want to think about it again.  But just once, once I need to hear you apologise.” 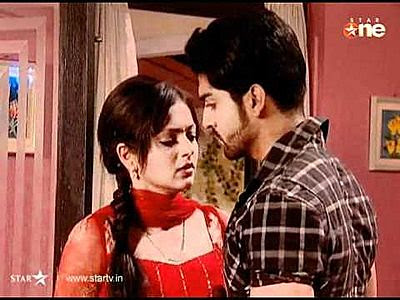 As her husband moved to her side, she held up a hand.
“Isse kehne dein, mujhe sunne dein, please.  Ek dafa iss ke moonh se main sun loon, bas. Ek dafa sun loon ke isse afsos hai, phir aaj ke baad main apne ateet ke iss darwaaze pe itna mazboot taala daaloongi ke woh kabhi phir nahin khulega.” “Let him say it, let me hear it, please.  I just need to hear it from his lips once, I just need to hear that he regrets it, that he’s sorry, then I’ll be able to lock that door to my past with a lock so strong that it will never open again”
They stood there for a moment before Dev stepped forward.  He waited until she looked up, then looked straight into her eyes for the first time.  The sincerity in his voice was unmistakable as he said, “Geet, I’m sorry.  I’ll never stop being sorry.  I’ll never stop paying for my mistake.  I deserve every bit of hate that you ever felt for me.  I deserve every punishment Bro wanted to give me.  I’m sorry”.
Geet let out a shuddering sigh, then said “Tumhare aur Priya ke liye to tumhara kamra theek nahin hai.  Main kal Nakul se baat karoongi, there’s a suite of rooms in the East wing that would be perfect for the three of you, and there’s enough space there ke jab tumhari family badhegi to koi problem nahin hogi.” “Your rooms not big enough for you and priya.  I’ll talk to Nakul tomorrow; there’s a suite of rooms in the East wing that would be perfect for the three of you, and there’s enough space there that there won’t be a problem when your family expands”.
He knew his wife’s strength shouldn’t surprise him, but at that moment he fell in love with her all over again.  The love in his heart grew so huge that it had to escape or his heart would burst; it came out in a burst of laughter.
“Geet, abhi shaadi to hone do, tum to kahan se kahan pahunchgayeen”  “Geet, at least let the wedding happen before you start thinking that far into the future”
The sudden laughter defused the thick air of tension in the room.  Dev smiled briefly then said “theek hai Bhabi, main Priya se kehdeta hoon ke shaadi ke baad hum yaheen rahenge”  “alright Bhabi, I’ll tell Priya that we’ll live here after the wedding”
As he opened the door, Dev stopped for a moment, then turned back and looked at his brother and sister-in-law standing together behind him.  He smiled again, a hint of true happiness shining through, then said “Thank you.”  As he stepped out of the bedroom, he felt lighter than he had in years; the weight of his sins was still there on his shoulders but Priya’s love and Geet’s forgiveness made it somehow easier to bear. 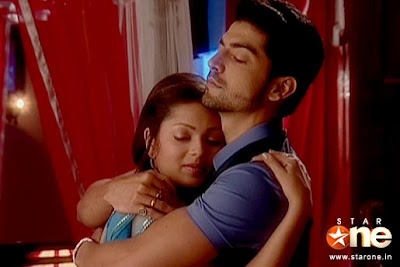 As Dev left the room, Geet turned towards her husband and laid her head in the hollow of his neck, another shuddering breath escaping her as she felt his arms come round and hold her tight against his body.
She felt his lips on her hair, felt his hand caressing her back, comforting her.  After a few moments, she drew away, saying, “It seems I have a lot more to do tomorrow than I had planned.  I’m going to need all the sleep I can get.”
Making her way over to the bed, she turned the covers down; aware of his eyes following her every move.  When she finally lay down, he stood and looked at her for a few more moments then when she held out a hand, he took it and lay down next to her.  She waited for a moment then moved close to him, clinging like a limpet.  They lay there for long minutes, a million words passing between them in the silence.  When she finally fell asleep, he lay there just watching her sleep, just feeling her breathe.  As sleep finally overcame him, it brought with it a sense of peace that had been missing for a very long time.