By Rangmunchtv November 23, 2011
“I read faces. If I sit with a person for about half n hour , I can tell pretty much about that person  and 85% of it comes true.”~ Waseem Sabir 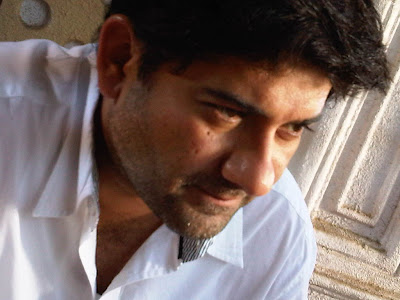 He is a well known name who has made a mark in the Television Industry. Starting with shows like Saara Akaash, Kusuum, Hum Do Hai na, Waseem rose the ladder of success slow and steady. He worked in production and eventually moved to direction. As a Director he has set up Maryada Lekin Kab Tak on StarPlus which is hitting the popularity charts for its bold concept. In the recent past he has also set up Imagine TV’s show Dharampatni.
Rangmunch.TV brings to you the PSYCHE of this Director!
On a scale of 5 (1 being lowest and 5 being highest) how many marks would you give to the following?

·       Talk to him/her and explain it is visually not possible.
·       Ignore what is written, take a call, shoot, and then let the writer
know.
·       Ignore your vision and shoot what is present in the script
as long as the episode goes on air.
·       Try to balance out between what is written and what can
be presented in order to not wreck your personal equation with the
said person.

An actor is repeatedly performing badly and has been receiving
negative feedback. As a Director, you would:
·    Take him out on a friendly informal dinner and explain stuff to him/her.
·    Yell at him, since you are tired of repeatedly telling him/her.
·    Ask his closest friend on the set, to talk to him/her and explain stuff
·    Give him/her as little screen space as possible to cover up the flaws.
Your close buddy in the same profession as you has won an award that
you sincerely believed you deserved. You would:
·     Congratulate him/her first and hope to win the next year.
·     Take your time to come to terms with it and then give her/him a call
to wish them.
·     Ignore the person totally till the time; you have the award in your
hand next year.
·     Totally give up on the concept of rewards and Awards as a benchmark for performance.

One fine day you realize that you are no longer interested in your current project for whatever reason, you would:


·     Prepare to pack your bags and move on to the next project that catches your attention.
·    Introspect, find out the reason for your lack of interest, and go about correcting them.
·    Ignore the feeling and go about your work as best as you can. After all, you are being paid for it.
·   Continue the project and let everyone on the sets bear the brunt of it.
60 seconds with Waseem Sabir!

Work: Passion
God: Everything
Destiny: Whatever it is
Family: First Priority
Romance: Yet to figure out
Marriage: Will happen
Friends: Life
Television: Work
Success: Important
Fans: Happy to have them
Chemistry: Is my forte
Life: Is beautiful
Colours: Blue
Politics: Hate it
Action: Not much
Hope you all had a great time reading this amazing and insightful interview.
Interviewed by:
Swati Ghosh
Niharika Vidya Sagar
Dharampatni Imagine TV Maryada-Lekin Kab tak? Niharika Rangmunch Star Plus Swati Ghosh The Director Psyche Waseem Sabeer