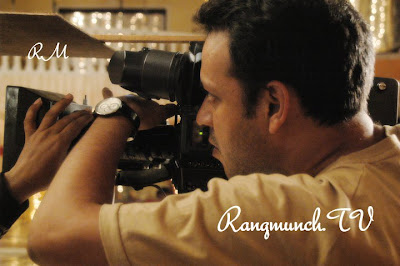 Noel Smith, is one name that easily fits to various genres of show making. He has experimented with mythology, love stories, family drama, films and has excelled in all of them. Noel has recently taken up Ek Hazaro Main Meri Behna Hai on StarPlus and we at Rangmunch.tv thought, it would be a wonderful time to take you through the ‘PSYCHE' of this Master Maker. They say there is many a slip between the cup and the lip, and to ensure that does not happen, a Director has to not only be tactful at his job, but he also has to be a person who deals with life in general in a certain way! That is the reason why we have chosen to introduce this brand new segment on Rangmunch.tv that will cover the other side of a person, involved in the craft!

On a scale of 5 (1 being lowest and 5 being highest) how many marks would you give to the following?

¨      Importance of good-looking actors. 3
In the options given below which one of the following inspires you the most. Starting from 5 - 1 (5 being highest and 1 being lowest) mark them in the order of priority.
¨      A book - 5

If you found out two of the actors on your show have become a real life couple you would:

¨      Confront them and tell them you will not tolerate this on your set.

¨      Congratulate them and incorporate more of their scenes in the show.

¨      Be indifferent to them as they are not concerned with your life. 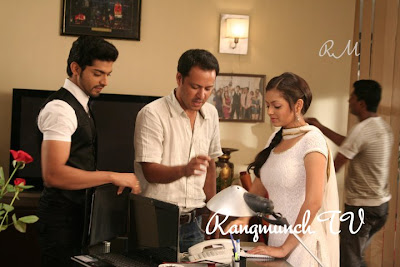 In case of a conflict in vision with your writer, you would:

¨      Talk to him/her and explain it is visually not possible.


¨      Ignore what is written, take a call, shoot, and then let the writer know

¨      Ignore your vision and shoot what is present in the script as long as the episode goes on air.

¨      Try to balance out between what is written and what can be presented in order to not wreck your personal equation with the said person.

An actor is repeatedly performing badly and has been receiving negative feedback. As a Director, you would:


¨      Take him out on a friendly informal dinner and explain stuff to him/her.


¨      Yell at him, since you are tired of repeatedly telling him/her.

¨      Ask his closest friend on the set, to talk to him/her and explain stuff

¨      Give him/her as little screen space as possible to cover up the flaws. 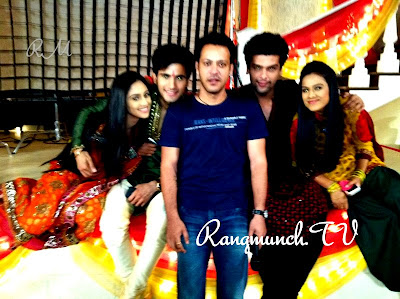 Your close buddy in the same profession as you has won an award that you sincerely believed you deserved. You would:

¨      Congratulate him/her first and hope to win the next year.

¨      Take your time to come to terms with it and then give her/him a call to wish them.
¨      Ignore the person totally till the time; you have the award in your hand next year.
¨      Totally give up on the concept of rewards and Awards as a benchmark for performance.

One fine day you realize that you are no longer interested in your current project for whatever reason, you would:

¨      Prepare to pack your bags and move on to the next project that catches your attention.

¨      Introspect, find out the reason for your lack of interest, and go about correcting them.

¨      Ignore the feeling and go about your work as best as you can. After all, you are being paid for it.

¨      Continue the project and let everyone on the sets bear the brunt of it.
On behalf of Rangmunch.TV, we would like to thank Noel for doing this unconventional segment with us and wish him Good Luck for his new show Ek Hazaron Mein Meri Behna Hai.
Note: Pysche as a segment has other facets to it, where we will bring you a Director each and every week. The results of the same shall be announced soon on Rangmunch. TV! So stay tuned!
Interviewed by:
Niharika Vidya Sagar
Ek Hazaro Main Meri Behna Hai Geet hui sabse parayi Niharika Noel smith Rangmunch