Crime Patrol: All about CRIME and CRIMINALS! 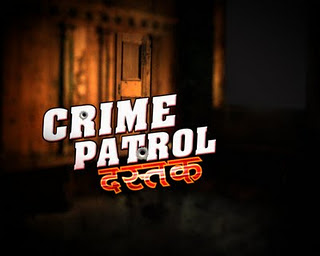 Crime Patrol, a series on Sony Entertainment Television that deals with real life stories of Crime and Criminals, has slowly made it to the TRP charts and is now among the Top Ten Shows of the Week. Crime Patrol, conceived and created by Subramanian S. Iyer and developed along with Neeraj Naik is in its Third Season of telecast at the moment.
Hosted by the popular television actor Anup Soni, Crime Patrol is the first of its kind to be aired on Entertainment Network.
When we have several crime based shows on various News Channels, what makes Crime Patrol so different from the rest? As is strongly believed, its not WHAT you show but HOW you show it, that makes all the difference. Similarly, the execution of Crime Patrol is very different as it helps the viewers to understand the “Why” behind the crimes apart from focussing on the “How” and “When”.
Rangmunch.TV, had the priviledge of talking to Anup Soni - the "Face of Crime Patrol,"  who gave us an insight into his journey from an Anchor’s perspective and shared the reason as to why Crime Patrol is garnering high TRPs. 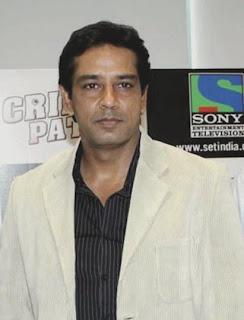 “We have completed more than one and half year with Crime Patrol. There are lots of other shows that depict real life crime stories, but I feel what has connected the audience with this show is the way we have put forth the stories. In the last six months, we have seen a rise in TRPs which means more and more people are connecting with the show.The main thing is that we do not believe in sensationalizing it. Its not like oh my god ! what is this? Its more of a genuine approach that comes across very strongly in every episode. People have noticed and realised that we are not making a hungama or sensationalizing Crime, neither are we glorifying it.
The purpose of the show is to make people aware as to what is happening around them, within the society and through the show we want to convey to our viewers that little precaution is necessary. The cases and  stories  we choose are directly related to common people. Recently we showed a case about a domestic help killing the employer just for the sake of money. The approach behind showing that particular crime story is to make people cautious, since dometic helps these days are an integral part of our life style and we can’t do without them. However don’t push them to do something that will cause harm to you as they belong to a sector where things are a lot more valuable to them. Jo cheez hamare liye 10 rupaye ka hai, shayad unke liye woh 100 rupaye ka ho. Apne paison ko leke thoda clear rahe.”
Infact 99%  of the crimes are committed by individuals who don’t have a criminal background. We have cases where a man works in an IT company, who has done M.Tech or B.Tech, but has gone about killing someone.
Crime Patrol, has definitely made me more sensitive to my sorroundings. I’m the kind of person who gets very deeply involved with whatever I do. There are times when I am shocked with the kind of cases I get to see and hear, and it stays with me for a good couple of days till I go and shoot the next case. We have brilliant writers and a great research team who are very thorough while writing the screenplay. Itna detail mein likhtey hai ki woh cheez dramatised hoti hai purposefully. When we get a case, we get a storyline. Par usko jab screen play mein dhaaltey hai, toh kai cheezon ko enhance kiya jaata hai. Jo dialogues hum likhtey hai, we are not even sure ki woh dialogues bole gaye they ya nahi. The idea of writing those dialogues is not to create masala but to convey the right message to the audience. As soon as I get the script I involve myself completely in it. When shooting, I do try to improvise the script and bring in something more on board from my end. I don’t do anything without the permission of my Director, but they know if I want to add something, it will only be for the benefit of the show. Being a part of the society, I feel I should say a little more than what is scripted.
We do travel a lot, but not regularly. We also travel to cities where cases have happened and do interact with victim’s family. But now we have cut down on that unless the need comes across very strongly.
As an actor, you plan so many things, but not all things happen the way you want. I always had the desire to anchor a show but was not sure what kind of show would suit my personality. But when Crime Patrol happened, I knew this is what I exactly wanted to do.” ~ Anup Soni
Rangmunch.TV, through this article would like to request all its readers to beware of one’s surroundings. Its very difficult to delve into people’s minds and judge their intentions correctly at all times. Along with Anup Soni, we at Rangmunch.TV would also like to reiterate the fact that a little precaution can save us and our loved ones from a  catastrophe.
Chaukanna Rahiye, Khush Rahiye!!!
Interviewed by:
Swati Ghosh
Niharika Vidya Sagar