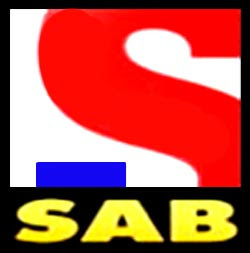 SAB TV is all set to entertain its viewers with their new show titled Chidiyaghar which will be launched shortly!!!

Don’t get startled with this title as the show is not about animals. Chidiyaghar is a unique family comedy which is based on the premise that all humans have some or the other animal trait & its humanity that separates us from animals.


Like the head of the family Kesari would be a Lion or his son Gomukh like a Cow is a very simple, straight forward person who obeys his wife. Renowned actor Rajendra Gupta will be essaying the role of Kesari Narayan, the patriarch of Chidiyaghar & Sumit Arora will be seen as Gomukh.
The show is being Produced & Directed by Ashwini Dheer from Garima Productions.
Rangmunch.TV wishes the entire Cast and Crew of Chidiyaghar Good Luck!
Edited by:
Swati Ghosh
Rangmunch.TV
chidiyaghar rajendra gupta Rangmunch SAB TV sumit arora Swati Ghosh