He was what every girl desired, he was what every father dreaded! He came, he saw and he swept all our hearts away ! We are talking of Armaan Mallik played by Karan Singh Grover, the handsome young doctor, who ruled the hearts of women of all ages alike for over a period of three years before StarOne's Dill Mill Gayye bid adieu to its audience last year on 29th of October 2010. Everyone woman wanted to be Riddhima, because she knew no one would love them like Armaan. 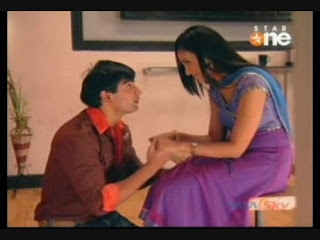 Starting the trend of a huge internet fan base all over the world, Dill Mill Gayye the hospital drama set in Sanjivani, talks of the story of 5 interns, from different walks of life. Dill Mill Gayye primarily went on to become an epic love story with Armaan and Riddhima almost becoming youth icons symbolizing love in the online TV fraternity. This heart touching tale went through a series of ups and downs before the two lovers united since this was the only couple who saw it all, pain, dejection, death as well as separation in marriage and circumstances!
Ironically, one year down the line, on the very same day, the show is back captivate the heart beats of its fans yet again! No No! we are not talking of a second season as yet, but the repeats of Dill Mill Gayye that are now airing on StarOne at 10:00 PM every night during week days. You may just have missed the first episode, but worry not, the tale from the looks of it, is here to stay! All those of you that missed it in the first instance, here is a chance for you to watch the show all over again and fall in love ! The magical tale of hospital love, that was a sequel to the hit show Sanjeevani on StarPlus is back!
Some do not miss sequences:

# The Jungle Sequence- where Armaan feels a certain something for Riddhima for the first time. 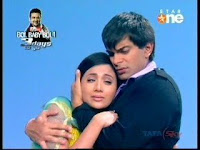 # The heart touching revelation sequence of who Dr. Atul is. 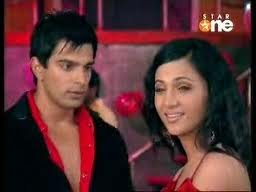 # The hot Salsa Number betweeen Armaan and Riddhima.
More updates in the coming week ! For now it was our duty to keep you informed as the show is back. So do go catch it ! Rangmunch.TV is open for discussions on the show ! You never know, you may see something, you never noticed the last time over .. after all, its never too late to fall in love ...
Humse Hasi Humse Khushi
Hai Humi Se Zindagi ...
Taare Hum Zameen Par Le Aaye
Hum Laaye Hai Roshni ...
Dil Jahan Dost Wahan
Aisa Manzar Aur Kahan ...
Hum Toh Chaley The Dost Banke
Jaane Kahan Dill Mill Gayye
Niharika Vidya Sagar
Rangmunch.TV
Armaan Dil Mil Gaye Karan Singh Grover Niharika Rangmunch Riddhima Star One