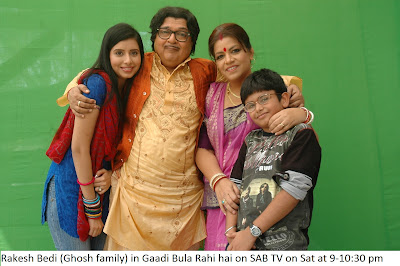 Starting November 5th, SAB TV will add fresh comedy entertainment to your Saturday evenings with the launch of SAB Ka Evening Show that will feature a one and half hours Maha Episode of a new family comedy every Saturday from 9pm onwards.

With this unique programming initiative the channel promises to offer a new story every week that has fresh, innovative and entertaining storyline and has varied flavours of comedy i.e. romantic comedy, family comedy, satire, comedy thriller etc with fresh cast. 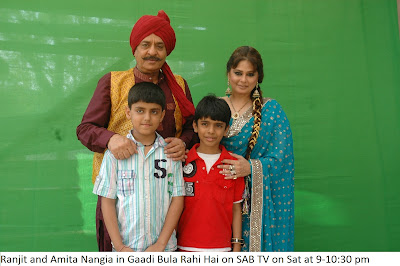 Mr. Anooj Kapoor, Executive VP & Business Head SAB TV said that, “We wanted to offer viewer’s alternative entertainment platform on a Saturday evening. Never before have viewers got an opportunity to sample a new comedy story every Saturday something that would impart a unique entertaining experience to their weekend family viewing.”

He further added that, “We are associating with most prolific directors, producers and artists who with their fresh concepts & light hearted content will delight the viewers across India.” 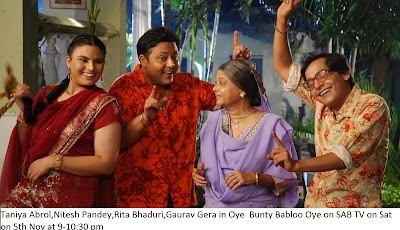 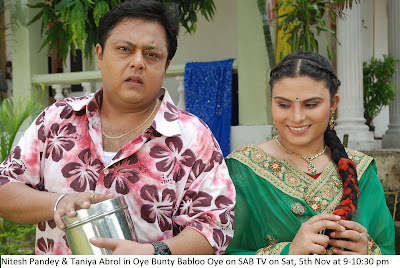 Kya Hoga Is Desh Ka is a slice of life comedy that revolves around prime character Desh, a compulsive social worker who in an attempt to help solve the problems of a young man puts his personal and professional life into chaos thus creating hilarious situations. But it all ends with everything getting resolved leaving all happy and content. This story is being produced by Siddharth Tewary from Swastik Pictures and directed by Rajan Wagdhare. 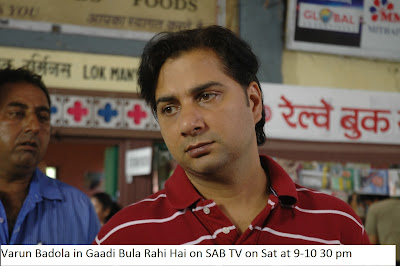 Produced by Rajesh Beri another light hearted evening show Gaadi Bula Rahi Hai, is a story of two families from different backgrounds travelling with one another in Indian railways. It has a stellar cast of Ranjeet, Rakesh Bedi, Shweta Kwatra, Varun Badola, Amita Nangia and Arupa Bose.
JD Majethia from Hats Off Productions will be producing another Saturday evening show for SAB TV.
SAB Ka evening show promises viewers across India an entertaining, fun, family time together on every Saturday.
Tune in to watch a new story every Saturday on SAB TV from 9 to 10:30 pm.
Edited by:
Swati Ghosh
Rangmunch.TV
Gaurav Gera Rakesh Bedi Rangmunch Rita Bhaduri SAB TV Swati Ghosh Varun Badola