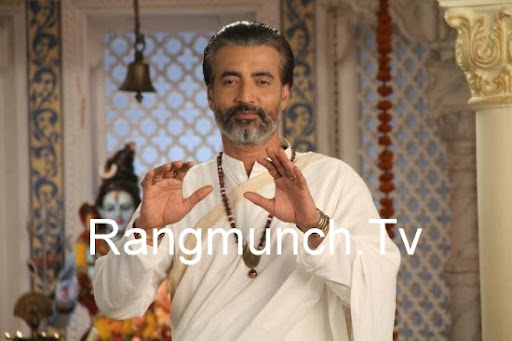 The character of Baapji  in “ Hawan “ on Colors essayed by Narendra Jha  has become the turning point for the actor himself.The story of Hawan  revolves around the undying faith  and relationship between a devotee and God  which has the audience hooked from the start. The actor who chants “ Hari Om” on the show says “To get a chance to play Baapji was like a miracle in itself .I have personally been through numerous experiences in life where my faith has been restored  and made me realise what complete surrender to  bhakti means.I never thought I would be potraying such a strong character”
“Hawan “ is not only a religious  show but  a show which revolves around the basic word called “ Faith “.No matter what one ‘s belief is , the thread which connects him or her to the supreme power is faith. Narendra  Jha is doing full justice to the role as he is living the character beautifully.He has gotten  into the skin of the role and is enjoying it thoroughly.In real life Jha , has turned complete vegetarian.
The show which is produced by RAJAN SHAHI not only deals with the religious issues but is a family drama which focuses on inter-personal relationship , subtle romance and everyday life nuances.
Keep watching the show  as it will take you on a journey which is full of life’s little surprises.
Edited by
Navyanka ( Rangmunch.tv)
Colors Hawan