My Journey Back Stage – A Personal Diary!! 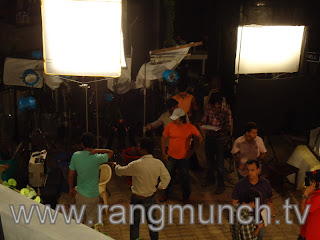 As human beings, we always find the grass to be greener on the other side. However, it is when we reach the other side that we realize, it’s not always so. It is the same with the World of Glamour and Showbiz.
During my teens when watching a movie or a serial, I would envy the actors and the people working in the entertainment industry. You name it & they possessed it – be it fame, money, luxury or even fans. I always wondered how it feels to be a celebrity & what goes into becoming one. 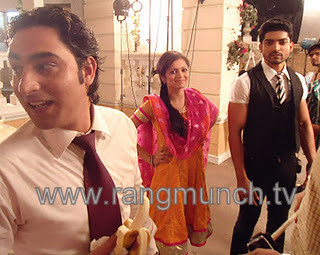 After completing my academics, I got into the rat race of the Corporate World & all these teenage thoughts got buried with time. But what we usually consider as an “accident” actually turns out to be “providence.” So when I took a break from work after 9 years, I got hooked to a Hindi soap Geet Hui Sabse Parayi, after which life took a complete 360 degree turn. It not only helped me explore & re-invent myself but also resurfaced those teenage thoughts, which had been buried with daily drudgeries. 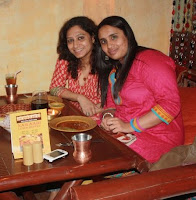 However, my association with Rangmunch.TV gave me the opportunity to observe and explore the entertainment industry very closely. Thank you Niharika!


As much as I am enthralled with this new journey of mine, I have also come to terms with some thought provoking and hard-hitting facts. 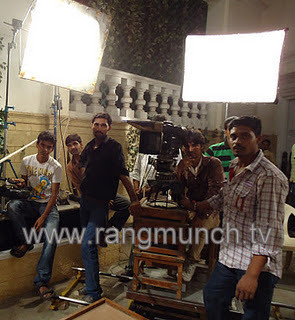 As we went Set hoping, I realized that one has to travel more than an hour on a daily basis to reach the Sets & the Bombay traffic makes it worse. The lavish sets cannot be built within the city due to space constraints & hence we find almost all of them on the outskirts of the city.


It’s really amazing that there are so many families whose livelihood depends on a show but at the same time its quite scary because a premature closure of a show results in people losing their jobs. Everyone has their work chalked out at the start of the day & hopes that it moves along the set plan. 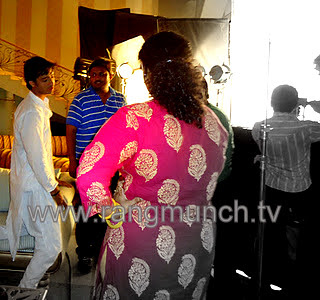 The amount of hard work & effort that goes into putting up a 22 minute episode is unbelievable. Every episode might have 5 to 6 scenes, but every scene has its own story to say in terms of preparation. There is a person who takes care of the actor’s clothes & accessories scene wise. There are others who take care of setting up the props as per the scene’s requirement. There are no air conditions on the sets where the scenes are shot which makes it extremely difficult for the cast & crew to bear the heat & those heavy duty yellow lights makes it worse. They are like the blazing sun that shines on the faces of the actors & ruins their make up time & again. 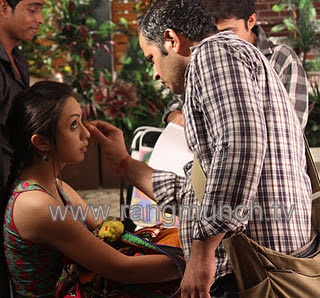 It’s a team work & everyone tries really hard to play their bit of the role with utmost perfection. Some of the people who stay behind the camera & work do not even get a mention. For eg: the Make-up Dada who plays an integral part in making an actor look picture perfect & flawless, so much so that we all want to look & feel like them. However, when an actor does not look good on screen we attribute it to bad make up or hair do but on the contrary if they look good we immediately say that they are blessed with beauty & charm. The one man, who is the most sort after on the sets after the Make-up dada, is the Spot Dada, who serves beverages to the entire team. 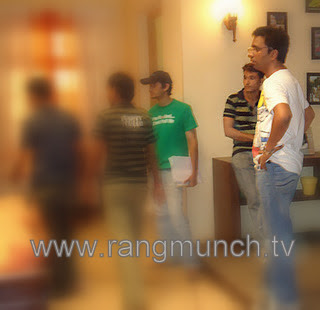 In between scenes, when actors get to rest or rehearse their lines, there is one MAN who is continuously seen working. He is none other than our Director Saab. He briefs the team about how a scene will be shot, including the placement of camera angles and lights. He not only handles the main actors but also takes care of the junior artists. He conceives & interprets the emotions of every character be it male or female which is a challenge in itself.


Post 6pm one can see the tension build up as the telecast time draws near. 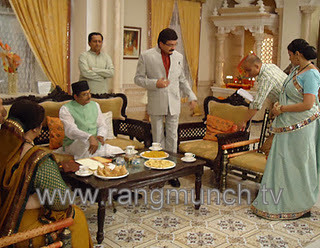 As far as the actors go, irrespective of what their actual mood may be, they have to immerse themselves in the mood of the sequence. When doing an emotional scene they really have to prepare themselves. The actors make an effort and at times think of their own life experiences to connect with the scene and give way to real emotions on screen. Amidst all this, if a fan walks into the set, they are equally warm and cordial with them & try to spend time inspite of their hectic schedule. The actors’ clothes are designed as per the sequence; hence even in the hottest of days, you might see them in a three-piece suit while in winters they may have to wear sleeveless. 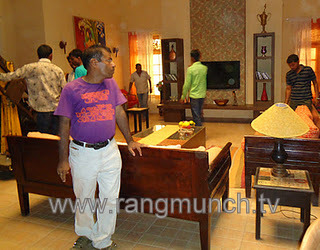 There is no weekend or weekday for them. The only word that gets a mention is “PER DAY.”
But even after putting up all this “hard work,” if the episode doesn’t appeal to us, the Janta Janardhan, then we consider them to be “hardly working.” The remote of their fate lies in our hands & we decide it on a daily basis in the form of TRPs. In the Corporate World we have an annual appraisal but people working in this industry are appraised on a daily basis & as the saying goes “jo bikta hai wohi tik ta hai”. 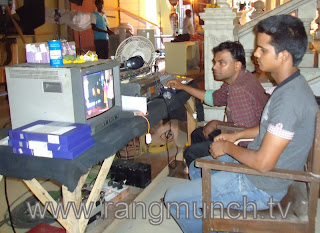 But all the criticisms from the viewers do not dampen their creative spirit but motivates them to strive for perfection as they continue to entertain us 24*7.
My journey so far has made me realize that there are no free lunches in this world & everything comes with a price, including Stardom.