By Rangmunchtv November 01, 2011
Marriage is every Girl’s dream and the most beautiful phase in one’s life. A Girl is considered the “Paraya Dhan” since after marriage she leaves her parents to go and live with her husband and in-laws. Whether love or arranged marriage, it’s a whole new beginning for a girl, as she has to mould herself as per the tradition and customs of her new household. She is not only expected to bond with her husband, but also with every member of the family. This new journey becomes easy when one has an understanding and loving husband and in-laws, but it can turn into a nightmare if she finds herself in a household that is in complete contrast to her upbringing.

Rangmunch.TV brings to you the newly wedded Brides’ of Tellyland, who have recently started their marital journey and are trying to find a firm footing in their new household. 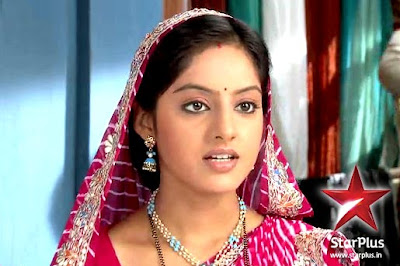 Sandhya in Dia aur Baati Hum: Sandhya is today’s girl with a mind of her own. She has her own set of dreams and aspirations to be an IPS officer and serve her country. However, the sudden death of her parents in a fatal bomb blast shattered her dreams. Her brother instead of being her pillar of strength gets her married off into a household where women are mere puppets and education is given the least importance. Sandhya is shocked to learn that her husband Suraj has studied only till 9th Grade. To make matters worse, her brother not only had lied to her about Suraj’s educational background, but had also told her in-laws that Sandhya had studied only till 7th grade. Sandhya feels hopeless and helpless realizing that her marriage is nothing more than a nightmare, which she has to live through for the rest of her life. While we understand Sandhya’s pain, turmoil, and frustration, we only hope that Suraj becomes her pillar of strength in the days to come and eventually helps her to realize her dreams. 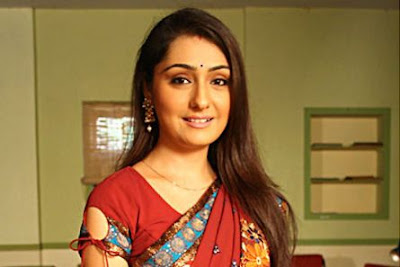 Lata in Yahan Mein Ghar Ghar Kheli: Abha’s elder sister Lata, after a traumatic past has eventually tied the knot with Raj Singhania. Though they got married under most unlikely circumstances, Raj promises to be a good husband and son-in-law. However, Raj Singhania is a man of principles and follows a set of rules to live his life, which is quite alien to Lata. She is now trying to know this new Man in her life and also adjust to her unknown surroundings. However, Raj’s Dai-ma puts additional pressure on her by reiterating the fact that she is now the Bahu of ‘The Singhania Family’ and therefore she needs to follow a certain code of conduct. Dai-ma has more layers to her character than what meets the eye which is definitely not favourable for Lata. We hope Lata is able to overcome every hurdle she faces in her newly wedded life and experiences marital bliss with Raj. 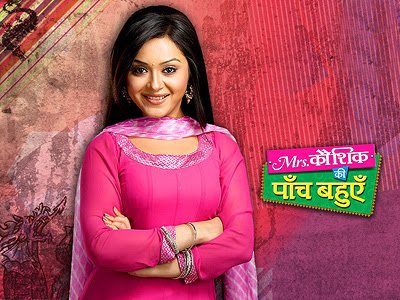 Lovely in Mrs. Kaushik Ki Paanch Bahuyein: Lovely is a young, educated, and bubbly girl who falls in love with Karthik and eventually marries him against the will of his family. Least did Lovely know then that at every step she would not only have to deal with Karthik’s mom who runs a Hitler Raaj within the house with stringent rules but also has to put up a tough fight to match the other four Bahus of Mrs Kaushik. Although Lovely is the only daughter coming from a wealthy family, she very willingly accepts the situations at her Sasural. Despite having failed to win her mother-in-laws heart numerous times, she does not give up. She always tries to make others happy, but in the process gets herself into trouble and unintentionally comes up with a lie. Kartik does love her and understands her. Inspite of having a loving husband, she is facing a tough challenge in being accepted as the Panchvi Bahu of Mrs Kaushik. Even though Lovely is fortunate enough to marry the man she loved, she is still struggling to prove her worth like Lata, Sandhya and Priya. We hope Mrs. Kaushik soon understands her good intentions and realizes that discipline, though very essential within a family, when stretched beyond a limit can suffocate and ruin relations. 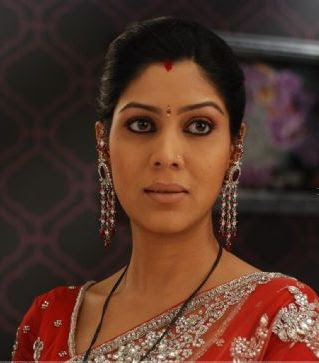 Priya in Bade Acche Lagte Hain: Priya, born and brought up in a middle class family has always been an ideal daughter, an ideal sister and even an ideal friend. In trying to help her father financially to run the house, Priya sacrificed the golden years of her life. While she had given up on her marriage, destiny had its own plans. Much against her wishes, circumstances caused Priya to tie the knot with the Business Tycoon, Mr. Ram Kapoor. Priya from her small cozy flat lands up in a mansion where family members talk to each other over the intercom, where lighting incense sticks before God is forbidden due to the fire alarms. Much to her surprise and annoyance, a simple request for tea in her sasural is met with options galore that leave her confused. Last but not the least; Priya also has to cope with Ram’s snoring habit which initially gives her sleepless nights. While Priya is learning to adjust and mould herself to this new lifestyle, only thing that binds her and Ram together is their undying love and sacrifices each has made for their families. As Priya is slowly seeing Ram in a new light, we hope that her relationship soon goes beyond “Compromise” and she emerges as an ideal Bahu too.
At Rangmunch.TV, we would like to know from our readers, which of these Bahu’s do you relate to the most and what would be your words of wisdom to them.
Swati Ghosh
Rangmunch.TV
Bade Acche Lagte hai Dia aur Baati Hum lovely Priya Ramanathan sandhya yahan mein ghar ghar kheli