‘Kuch Toh Log Kahenge’ – A Blast from the Past! 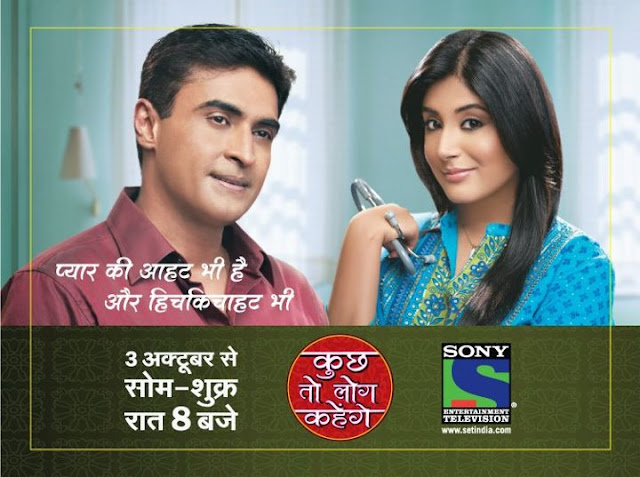 We will give you few minutes to listen to this song, if you haven’t heard it yet, because this song sets the tone for the upcoming show ‘Kuch toh log kahenge’ that is set to premier this Monday, 3rd October at 8 pm on Sony TV. Its lyrics, the yearning in the voice of the singer, the song itself is reason enough to want to watch it.
Kuch toh log kahenge promises to revisit the much-loved yesteryear Pakistani show Dhoop Kinaray, which is still fondly etched in the hearts of each and everyone who has been fortunate enough to watch it.

For those wondering about Dhoop Kinaray, we bring to you a glimpse into the show that had effortlessly warmed its way into millions of souls, through the words and heart of our very own Fida Khurana –
“It was Dhoop Kinaray that taught me the truth about love: that you didn’t have to be young and handsome to fall in love; that sometimes princes are much older than their princesses, and that sometimes finding true love meant that you have to conquer your inner demons, not just outside forces. It also made me realize that love doesn’t depend on good looks or compatibility; sometimes love just is.” 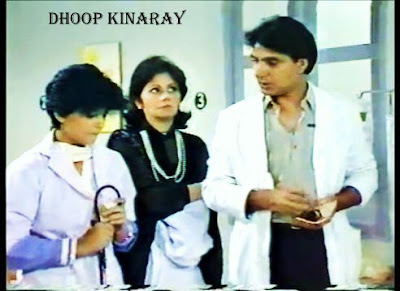 Memories of Dhoop Kinaray by Fida khurana
Dhoop Kinaray is the story of Dr Ahmer Ansari (Rahat Kazmi) and Dr Zoya Ali Khan (Marina Khan), directed by Saira Kazmi.  First shown in eighties Pakistan, it became a super-hit across the subcontinent and the Diaspora, and still has a special place in the heart of all those women who grew up sighing over each interaction between the protagonists.
To give a summary seems unfair, for to encapsulate the story in a few brief lines is to diminish its emotional complexity and minimize the importance of the wonderful dialogues, which turned an everyday story into a seminal television show; still, let me try.
Ahmer is the adopted son of Zoya’s maternal grandfather, Baba (though this fact is known to neither of them).  When Ahmer’s Baba dies, he leaves his house to Zoya, leaving Ahmer feeling bitter and unloved, changing him from a happy loving man into a bitter, closed off recluse.  Zoya on the other hand is a happy-go-lucky young girl, who cares nothing for her inheritance; she has been raised by her indulgent Baba after her mother died, and thinks nothing about her mother’s family.
The two meet five years later, when Zoya (now a doctor) goes to work for Dr Ahmer in the Paediatric Ward; he initially thinks her nothing more than a careless and useless child who must always be corrected, whilst she considers him a terrifying dictator.  They eventually find their way towards each other, but then, at the moment when their relationship seems set to flourish, the past returns to haunt them as Ahmer realises that he has given his heart to the girl who destroyed his faith in love.
Watching these two characters find their way into each other’s heart is still a wonderful experience; Rahat Kazmi (Ahmer) and Marina Khan (Zoya) are totally convincing as two people who apparently have nothing in common, but who fall in love almost without realising.  The attraction and affection between them is utterly believable, despite the fact that they never even speak of love.
No show can depend on its main protagonists alone; Dhoop Kinarey is enriched by a wonderful cast of supporting characters.  Most important in the supporting cast are Fasi (Azra Sherwani), who is Zoya’s aaya/housekeeper, Zoya’s Baba (Qazi Wajid) and Dr Sheena Karamat Ali (Badar Khalil).
Zoya’s relationship with her Baba is a beauty to behold; every interaction is a pleasure to watch and the actors are utterly believable.  Azra Sherwani and Qazi Wajid are a joy to watch as the bickering almost-siblings (Fasi may be a servant, but at no time is she ever shown as less than a member of the family).
Dr Sheena is the other-woman, the competitor for Ahmer’s heart; she once provoked nothing but hatred in me, but with time, the depth of her pain has become clearer.  Her experiences are heart-breaking and I can’t help but wish that there had been some way for her to have a little happiness.  Badar Khalil shows what a wonderful actress she is; pathos and pain permeate her performance as the older woman who has to face up to the ravages of time.
Zoya’s best friend Anji  (Kehkashan Awan) is supportive and beautiful; she finds love with Dr Ahmer’s right-hand man Dr Irfan (Sajid Hassan) who is blessed with some of the best lines of dialogue in the show. Anji’s parents (Hameed Wayne and Ishrat Hashmi) provide some elegant comic relief, and even the minor characters all manage to develop individual personalities despite minimal screen time.
Dhoop Kinaray is a show in which relationships develop realistically; there is no sudden fall into love, no outside forces keeping the lovers apart, no evil villain from whom Ahmer has to save Zoya.  There are no grand declarations, no moments of physical intimacy, no explosive denouement.  And yet it is a show which epitomizes good story-telling, a show which treats its viewers like adults and shows us how love develops rather than spelling it out for us in words of one syllable.
Dhoop Kinaray is a masterclass in writing, acting and directing.  It is a perfect storm, each component coming together to work in perfect harmony.  There are no weak links, no exceptions.  One hardly notices the flaws, if any; the writing is so crisp as to hold your attention and concentration throughout.
Despite my wish to keep Dhoop Kinarey hidden in my heart, safe from those who might find it wanting, it would be wrong to keep such a gem hidden; if you are lucky, it will touch something inside you the way it has inside a generation of women, reminding you that love can flourish anywhere, even between two people separated by age, temperament and betrayal.  I can only hope that Kuch to Log Kahenge stays true to the spirit of Dhoop Kinarey, and wish it every success.

Kuch Toh Log Kahenge has Mohnish Bahl essaying the role of Dr Ahmer Ansari as Dr Ashutosh, and Kritika Kamra playing the bubbly and effervescent Zoya as Nidhi. It is a heart-warming tale of love between two different individuals, both in temperament and age, bound by a past hidden to both that will someday threaten to rip apart their bond forever. Will KTLH stay true to the original and succeed to capture a million hearts is anybody’s guess.

For now, the show is the most talked about in the television industry and among the fans. We at Rangmunch.TV wish it a success beyond comparison and sincerely hope that we get to not only relive the golden memories but also create new ones with Sony’s Kuch toh log kahenge.
Our heartfelt thanks to Fida Khurana, author of the Fan Fiction ‘His Wife, Mrs. Khurana’ based on Star One show ‘Geet Hui Sabse Parayi’ on Rangmunch.TV, for sharing her memories of Dhoop Kinaray with us.
Fida Khurana, Guest Writer
&
Neeraja Unni
Rangmunch.TV
Iss Pyaar Ko Kya Naam Doon Kuch to Log kahenge Nissar Parvez Sony TV