Its Kabaddi Kabaddi time on D3 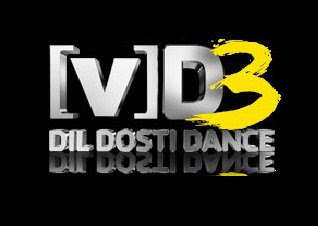 Channel V's Dil Dosti Dance is a show about dancers , but it tells the story of people from different walks of life studying under one roof. In the latest track, the students of St.Louis college have been challenged by their new mentor Karan Mallik (Karan Singh Grover), to a kabaddi match. He has split the teams into two, much to their dislike with pairings that have not been well accepted. While it would be interesting to see the teams plan out their strategy and try to out do one another, it would be interesting to see how this match changes things for the students. 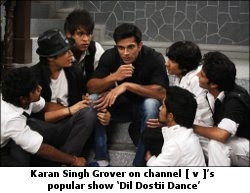 As we already know, Karan has stepped into the college to mend the ways of the students and has realized there is loads of hidden unrest and hostility between the members. Karan was even seen giving the boys tips to win over the girls and get close to them in the process. On the other hand, Sharon refuses to accept Bharat as a  part of their team stating he is low class and a mechanic.
It is pretty evident why Karan, has picked a game like Kabaddi. He feels this game would help everyone come close and work as a team and perhaps work towards a common goal of winning the match. With loads of thrill, romance and anticipation in store, this match is certainly one to look forward to.
Will Kria and Rey come closer during the match? Will Sharon be able to accept Bharat in the same team and become a little more understanding towards him? Will Karan sir, succeed in achieving what he plans to to? The man will decide answer many such questions! Like they say, may the best man win !
Niharika Vidya Sagar
Rangmunch.TV
Channel V Dil Dosti Dance