Is Priya falling in love on Bade Acche Lagte Hai? 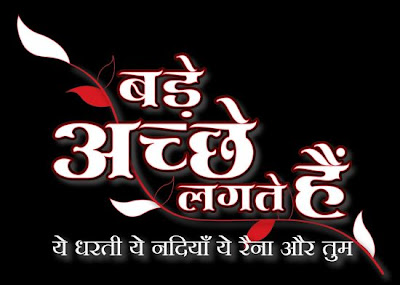 Ram and Priya on Sony TV's Bade Acche Lagte Hai keep reminding one another that they have been married by obligation and that nothing can ever work out between the two of them. Things however seem to have changed between the duo post the karva-chauth sequence on the show. With the entire family believing it was Priya's faith and belief in the ritual, that made her fast for her husband, in turn saving his life indirectly, and Ram subsequently standing up for her father and her family in the entire fake jewellery episode, one did see the two emotionally bonding and coming closer.

While Niharika is trying all her ways to keep the two apart, there high chances that plans may backfire, and jealousy may actually bring Ram and Priya to realize they do mean more than what they think to one another.
Priya's attitude which had initially made Ram creep out, now has taken the shape of introspection. Priya on the other hand, is elated to know Ram has agreed to fund the building of the special ward for children in the blind school she has been associated with. With everything, working in their favor at the moment, the chances are very high that Priya will fall prey to the charms of her dear husband!
Do share your views on the same with Rangmunch.TV and let us know what you think about the current track!
Niharika Vidya Sagar
Rangmunch.TV
Bade Acche Lagte hai Love Niharika ram kapoor Rangmunch sakshi tanwar Sony Entertainment TV