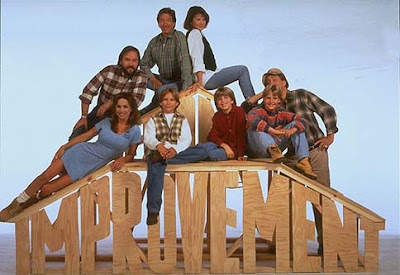 (Schedule on Star World – 11.30 pm every weekday. Season 2 airs tonight. Repeats during weekdays @ 7.30 am and 4.30 pm. Saturdays – Repeats 1pm-2pm)
At a time when television is replete with shows that are full of sexual innuendos bordering on crassness to get a belly laugh out of the viewers, Star World India has brought back ‘Home Improvement’ as a gentle reminder that a clean family show based on situational comedy (sitcom) can be as much fun to watch if not more.
‘Home Improvement’ belongs to the elite category of evergreen shows like ‘Frasier’, ‘Cheers’, ‘Everybody Loves Raymond’, and ‘Friends’. You just cannot get enough of them. They stay fresh in that wonderful warm place you call memory. And when you see them on screen again, irrespective of the time past since your first dose of the show, you are drawn back to that special place you wish you never left. My memory of it is tagged to warm fuzzy feelings of time spent with family laughing my heart out at every episode – 30 minutes of unadulterated laughter therapy!
The show aired for the first time in the in 1991. It has been two decades (204 episodes spread over 8 successful seasons and 8 years) and even today, I cannot stop smiling at the very mention of ‘Home Improvement’. It lifted my spirits, and taught me that family can be fun. That values can be instilled through laughter instead of sticks is something that I learnt from this show.
The 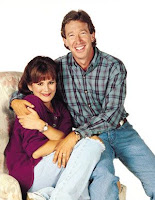 The sitcom revolves around the family headed by Tim ‘the tool man’ played by Tim Allen, one of the best stand-up comedians of the country (US). Tim is a loving husband, caring father, ever ready with his witty repartee and quips, and is also passionate about cars. His favourite pastime is to meddle around with his tools to build anything around his home, which annoys his wife a great deal.
His domineering yet understanding wife, Jillian Taylor (Patricia Richardson) though imperfect, forms a perfect partnership with her husband Tim, to bring up their three sons Brad, Randy, and Mark. Dynamics of Jill and Tim’s relationship is so fascinating that it is discussed in academic papers about feminism and men’s movements.
The Brats

The junior keep us amply entertained with their antics through out the series. Their interpersonal interactions often make us clutch our tummies and roll on the floor laughing. Bradley Michael “Brad” Taylor (Jachery Ty Bryan) is the oldest one who is the strongest, most athletic and slightly academically challenged of the trio. Tim is shown to share the best rapport with Brad. Randall William “Randy” Taylor (Jonathan Taylor Thomas), the second one is the smartest, most intelligent and mischievous of the three. The youngest son, Marcus Jason “Mark” Taylor (Taran Noah Smith) is the most sensitive of the three. During his initial years, Brad and Randy often picked on him.
Tool Time 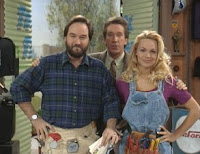 The title ‘Home Improvement’ is a pun very much intended. It is a play on Tim’s career as a tool man improving the physical characteristics of a home as well as improving the lives of his friends and family. Tool time is a local show within the show about ways to improve homes with tool, hosted by Tim Taylor along with his best friend and assistant Albert “Al” Borland (Richard Karn).
The show saw two ‘Tool girls’ during its run – Lisa was played by Pamela Anderson for the initial two seasons and then the rest of the series saw Heidi Keppert (Debbe Dunning) as the tool girl on ‘Tool Time’.
The Neighbour 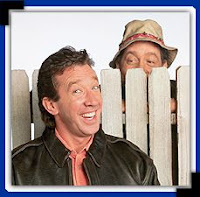 Wilson, Tim’s neighbour, happens to be the trusted voice of reason on the show the unfailingly turn to for advice and confidence. Interestingly, is the only character in the history of television, never to have revealed his face completely, during the entire series.
A Must Watch!
* You don’t want to miss out on your daily dose of easy laughter
* Three words, “Jonathan Tyler Thomas”! – Watch out for that firecracker who is sure to dazzle you with his quick wit, sensitivity, and irresistible charm.
* Goofy Tim’s impeccable comic timing and chemistry with his friend Al on ‘tool time’.
* Tim and Jill’s ‘Tug of words’ is sure to pep you up!
* Learn while you laugh. Tool time does have something to teach you about home improvement and ways to use the tools under all its silliness.
* Tim’s heart-to-heart talks with across the fence when you get to catch glimpses of serious Tim.
* Last but not the least – Because we say so! :-) 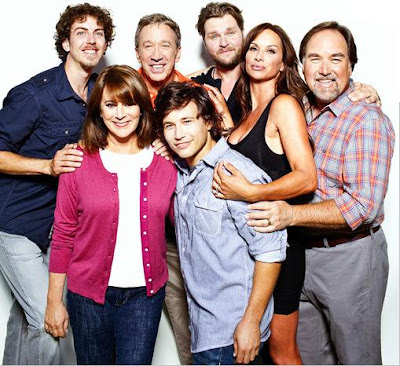 I leave you with a picture of the cast taken as recently as last month (September 2011) during the reunion of the show.
Which is that one show you would love to watch again and again?
Neeraja Unni
Rangmunch.tv
Brad Taylor Home Improvement Jill Taylor Jonathan Tyler Thomas Mark Taylor. Neeraja Pamela Anderson Randy Taylor Star World Star World India Tim Taylor Tool Time Wilson