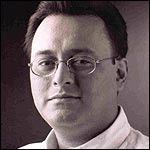 Having heard "Rabba Vey"... on Iss Pyaar Ko Kya Naam Doon, has left most of you pulsating for sure. You feel the emotions right through the screen, every time Arnav and Khushi feel a certain something for one another. This soul touching tune has been composed and sung by none other than Mr. Raju Singh, who has not only rendered the background score, but has also composed other songs on the show. Raju Singh has also composed the famous "Mahi vey" tune for Geet- Hui Sabse Parayi, and is also rendering music for Dharampatni on Imagine TV. Rangmunch team thought this was the best time to bring you the Man behind the voice. 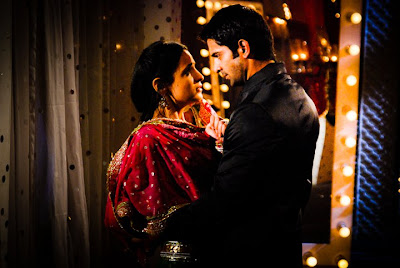 On further quizzing Raju Singh about his various compositions on the show, he said "my favorite is the title song, Iss Pyaar Ko Kya Naam Doon, which has been recently released." Rangmunch.TV has already shared the song and its lyrics with you.


Raju Singh also said, "unlike movies, the music of Television shows need to be like jingles, since they are played over and over again. People should not get bored of listening to it after a while. So we make sure it is catchy. We are infact working on other versions of Rabba vey at the moment."
So does the Music Director also watch the show in order to keep in mind the flavor of the music that needs to be played out? "Well, we do keep tabs on the shows and are thrilled at the moment since we have learnt that Iss Pyaar Ko Kya Naam Doon has become No. 2 on the Channel. That is great news indeed." says Raju Singh.


Music and Love Stories always blend together and the combination is what sets the chemistry right!