Here are the contestants that have made it into the house. 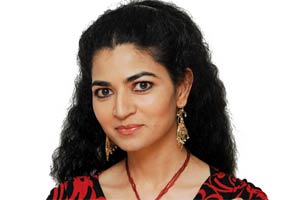 Laxmi (Dancer who of Transgender)

Shakti Kapoor (Veteran Actor)
Well, there is definitely an interesting twist in the tale, or they wouldnt have had one man pitted against so many women? In the very first episode Shakti was asked to pick 4 people he wanted eliminated, while he was seen being sweet and nice towards Shradha Sharma.
While the rest of the girls ganged up together and tried to get Nihita to share her equation with Charles, a moment or two with Laxmi, ensured empathy! Most people wanted Pooja Missra out of the house on the very first day ! We cant say the first episode was mind blowing, but yes, things surely are warming up at the Big Boss House!!!
Lets see what we have in store!!!
Come and discuss Big Boss and its events this week, right here on Rangmunch.TV!!
-Rangmunch
Big Boss Colors