Anjali an anti-thesis of Arnav: will tables turn? 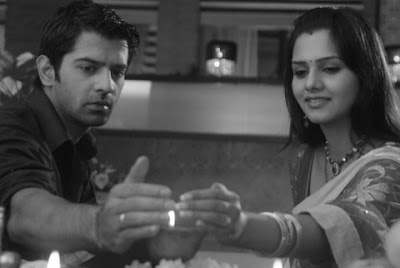 She has been a loving sister, an obedient, dutiful and daughter of the household and most importantly an understanding and caring wife. Everyone who meets Anjali on Iss Pyaar ko kya Naam Doon? falls in love with her sweetness, simplicity and her accommodating nature.  She has been that string that has held the entire Raizada family together. Arnav totally dotes on her and treats her as a mother figure, and someone who is an indispensable part of his life. Anjali also shares a wonderful rapport with Khushi and Payal.

She has been shown as a religious person, with immense faith in god and things around her. So the question arises, what will happen when the world around her changes, since its most likely to happen in the days to come. Anjali has shown so much faith in husband Shyam and what his says and does, that your heart goes out to her when you think of what he is doing behind her back. Anjali is that one factor that binds almost every character on the show to another, so much so that the other day when Payal was hurt, she actually was strong willed enough to go against her own mami and tell her she was wrong! The subtle yet strong actions from time and again is what makes Anjali a true sister to ASR in every respect! Don't forget she was the very same girl who struck a deal with Khushi, when it came to working in their house!

Having said all this, in my opinion, Anjali is one such character that has the makings of a person that can undergo a total sea change! If we look at the current scenario, she has realized Khushi is that one person who can influence Arnav's life. Anjali may even be smart enough to gauge there is more than what meets the eye! She may encourage it too knowing fully well, this could be a road to her brother's happiness. She will leave no stone unturned to find the key to her brother's heart!

What will happen however, when she learns this very Khushi has been the reason for her marital turmoil that she has been blissfully unaware of? They say, a known devil is better than an unknown angel. Anjali loves her husband to death, but is totally oblivious to the occurances and the feelings of his heart ! The amount of faith she has in him, could also for a moment lead her to believe he cannot possibly be wrong! Love loves denial and make belief realities and Anjali has every reason to blame Khushi for the same, if Shyam pushes the blame on Khushi to save his face!

However, a thought that has been playing in my head for a while, asks ... What if tables turn? We know Arnav is a cold, brutal cynical man who has no faith, trust or belief in anyone. This however is now perhaps slowly changing with Khushi gradually making her way into his heart. There could be a day, in the near future when he starts to give life a chance again and live it the way it needs to be lead. He may start smiling more, giving more, loving more! At this point in time, what if Anjali learns, her husband has been cheating on her without knowing who the woman is? She may start to hate Khushi anyway, knowingly and unknowingly! One, for having lost her brother's attention and affection to another woman, and two for being that unknown other woman in her husbands life! Would this lead to Anjali turning into another ASR while the sibling dons the role of an Anjali? Sounds too drastic doesn't it? Well, I don't know ! With whatever little I have gathered of Anjali, and how the story primarily focuses on how much she means to Arnav, and how much Shyam means to her, I am only forced to believe, anything changing drastically in their world could change Anjali as a whole!
We know the worst is on its way, and hope she as a character gets the strength to handle this tsunami and portray consistency in character. After all, no one wants to see people losing faith in humanity, relationships and optimism! You just stop living then right?
These two indeed are perfect brother and sister and their characters have been etched with extreme depth and they have been interwoven with one another to the minutest of detail!
Niharika Vidya Sagar
Rangmunch.TV
Abhaas Mehta Anjali Arnav Barun Sobti Daljeet Bhanot Iss Pyaar Ko Kya Naam Doon Sanaya Irani Star Plus