By Rangmunchtv September 17, 2011
The second day of our set-hopping adventure proved to be exhausting yet exhilarating.
We went to the sets of the recently launched NDTV Imagine show, Dharampatni, in which Harshad Chopra (Mohan) and Aasia Kazi (Kastur) play the leads.
We spent some quality time with the director of the show, Waseem Sabir, who is also instrumental in setting it up. He was earlier associated with Maryada. He explained the concept of the show wherein a girl who is taught to perceive things in a certain way by her family (maika) finds it entirely different at her in-laws (sasural) and how she finds a balance between the two becomes the core around which the story of Dharampatni revolves. Right now, the foundation for the story is being laid down with utmost care. 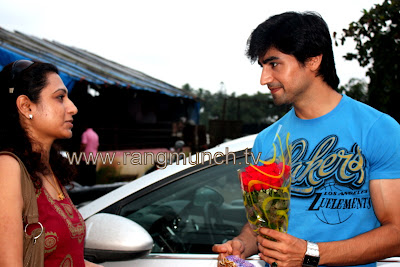 It was great to catch up with Harshad Chopra aka Mohan in between shots. He was all pepped up about his character and proceeded to tell us why he was compelled to take up the big challenge of playing Mohan despite it looking similar to his earlier roles as Prem and Anurag. Lets just say while Prem and Anurag had a basic sense of right, there is more to Mohan than what meets the eye and not all of it is pleasant.
Forthcoming track:
This week the story paused at Mohan telling Kastur right to her face that he will not marry her and to add salt to the wound he proceeded to tell her quite bluntly as to why he considered her a mismatch for him.
The following scenes were being shot today: 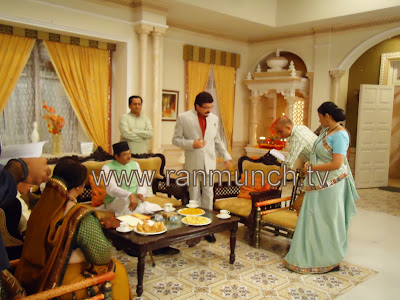 Kastur’s parents visit Mohan’s house to fix up the marriage of Kastur and Mohan. Kastur’s parents and Mohan’s grandfather babuji are very excited about the alliance. Mohan’s mother, who was initially against her son’s marriage to Kastur, finally gives in to babuji’s wishes saying Mohan is his grandson and will follow whatever he has in mind for him. When Kastur’s father brings up the topic of all the rituals that are to be conducted during the course of the wedding ceremony, Mohan insists that he would prefer a simple court marriage instead. 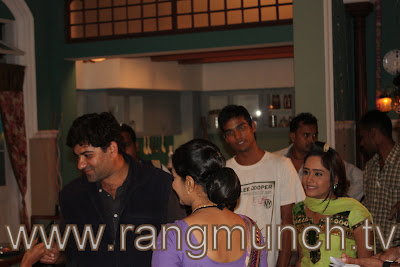 In another scene, which was more of a mother-daughter moment being played out by Kastur and her mother, Kastur was blushing from all the playful teasing by her mother on her marriage being fixed with Mohan. 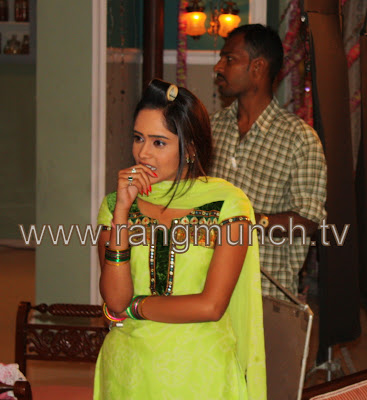 We are a little bit perplexed at what made Mohan change his mind about marrying Kastur. What do you think would have pushed Mohan and his mother to accept Kastur’s hand in marriage? Would the marriage take place? 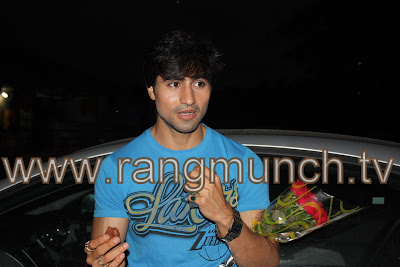 Allow us to let you in on a little secret – Harshad Chopra confessed to having gobbled up more than twenty 5 star chocolates today. When we asked him if it was alright to have so much sweet in one day, he gave us a disarming smile and quipped, “teeth are all I have”.
On that happy and sweet note, Rangmunch team wishes the cast & crew of Dharampatni a fantastic run on the small screen.
Stay tuned for more updates of our set-hopping!
Rangmunch.TV
Dharampatni Kaun Banega Crorepati