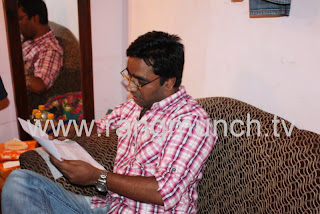 As promised, we are back where we belong – right here with you all, after spending a fun day at one of the sets with the cast and crew of Star Plus show, Iss pyaar ko kya naam doon!
We had a great time at Buaji’s home with the lady herself (Abha Parmar), Akash’s Payalji ;-), played by lovely Deepali Pansare and last but not the least, hate me if you dare, Shyam played by Abhas Mehta. 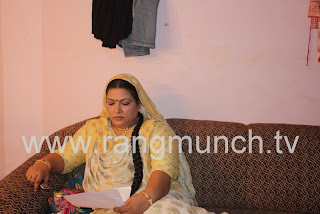 We were warmly received by Abhas himself, who later personally introduced us to Deepali and Abha Parmar. Since we had just missed Buaji’s famous Bhel, she sweetly ensured that some snacks were ordered for us. We were having such a delightful conversation with the three of them that it sure dint feel as if we were meeting them for the first time. 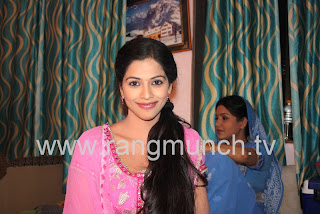 Lalit Mohan was directing the show with an efficient Hrishikesh Gandhi behind the camera. We also had the pleasure of meeting Akash, the script-incharge of the show.
Am sure none of you can wait to know the forthcoming track of the show. As anticipated by several fans, Khushi’s parents come visiting to be near their daughters at this difficult juncture. But what none of you would have expected this early in the show is that our Buaji will convey a wish to get Khushi married to Shyam. 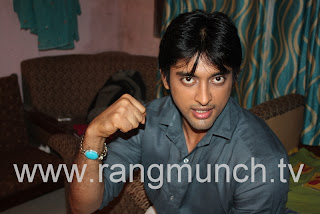 We will have to wait and watch as to how that is received by Khushi’s parents and more importantly how Khushi reacts to this if at all she gets to know about it. Let us all just pray it is not well received ;-) 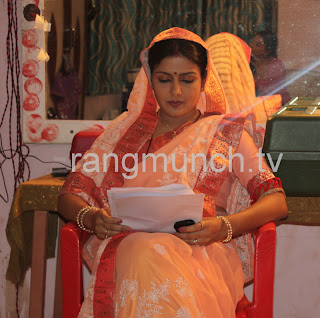 Pyu Mori Mehta who previously was seen as Mauli’s mother in Tere Liye has replaced the actor playing Khushi’s mother in the show. Today happened to be her first day of shoot. 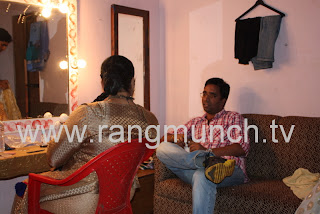 We bumped into a visibly exhausted Sanaya when we were leaving the sets. She had been shooting the entire day at another set – Arnav’s house. She left us with a promise to meet another day.
So watch this space for more live updates on our set-hopping spree!
Rangmunch.TV
Hawan Iss Pyaar Ko Kya Naam Doon Lalit Mohan