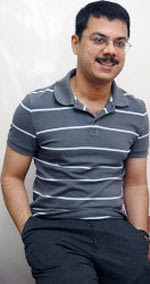 Vivek Bahl: It works either ways. We came up with the concepts for Saathiya, Yeh Rishta, and Navya. So, we went out and looked for a suitable Producer and then we gave them the concept. We took the concepts for Pratigya, and Sasural Genda Phool from the Producer. It works both ways but eventually it is true that the channel has the final say in where the show is heading. At least in Star we believe it. We do listen to the Producer and see what point of view they have on a show but we have the final say because we know as a vision, as to why we are doing a particular show. The producer or the writer who may keep changing might not be as close to the vision of the show, and which track you would do and not do for that very same reason. For instance, they may come up with a dramatic track for Yeh Rishta but we may feel that it is not within the genre of the show; so we will have the right to veto, saying we don’t want to do it.

Rangmunch.TV: What is the reason behind airing Maha episodes?


Vivek Bahl: It is more of a promotional strategy to increase the reach of the show. For example, you have Navya on Colors & Uttran on Star Plus, both running in the 10pm slots, Monday to Friday. Therefore, a viewer of Uttran will not watch Navya & vice versa. However, when we air a maha episode of Uttran on a weekend, there is a possibility that a viewer of Navya might watch that episode & take a liking towards the show & may look forward to watching the next episode on Monday.
The last part of the interview will cover details about TAM, TRP, DVD releases, etc. So keep looking for this space to “Know it All.”
Interviewed by:
Niharika Vidya Sagar
Swati Ghosh
Edited by:
Neeraja Unni
Star Plus