Where does their Independence lie? 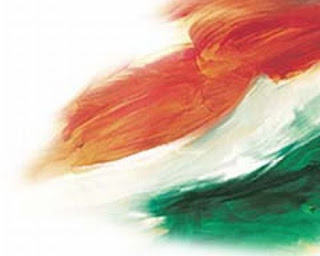 As India celebrates its 64th Independence Day here are some questions to our audience. We have picked up instances from Television Shows that you watch and love. We look at shows across channels, and tracks running everywhere, that help us prod further into what our perception of freedom is all about. 64 Years down the line, we are only read of the stories of our forefathers and read of the struggles in our text books and movies. However, independence is a very broad term and so we at Rangmunch.TV decided to look at some of the most loved women on TV and what their situation were to be had they been independent of their circumstances.
Yeh Rishta Kya Keh Laata Hai- Star Plus

We have all seen and loved Akshara as the dutiful bahu, beti and wife. She is forever trying to fit into the family making everyone happy. The show believes in magnifying every minute situation in life and presenting it to us in a glorified manner. Be it, the Var Mala not landing in time to Akshara's Saas wanting a baby from Akshara and putting the entire burden on her.
The story, itself began with how Akshara was going to college and her future in-laws had a problem with it. Of course we have come a long way since then, but the story has always been Akshara and her family's expectations and dependence on her. Talking of today's times when every woman is expected to be independent and career oriented would we as audience want to see Akshara as an independent entity?
Geet- Hui Sabse Parayi- StarOne

Everyone we know loves and swears by Maan and Geet's love. She is the angel who turned khadoos Maan Singh Khurana into the sweet husband. Today however Maan has lost his memory. However, while he was still fine, Maan had transferred 51% shares of his Company Khurana Constructions into his wife's name. Post memory loss Maan has failed to even acknowledge Geet or her presence in his life.
There is one school of thought that says Geet  is totally dependent on Maan for everything, and shows total lack of ambition while their love story first began in the office.
There is also another bunch that doesnt care what the story is as long as Maan and Geet are together.
Our question at Rangmunch.TV to you is do you think education, financial independance and a little distance from Maan would make the show and its story any less desirable by the audience while she keeps the love for her Maan intact ?
Bade Acchey Lagte Hai- Sony TV

Priya is now Mrs. Ram Kapoor and how it all happened is an interesting story in itself. A woman of today, with her head held on her shoulders, Priya was the backbone of her family. Whether it was pampering her younger sister, or fulfilling her mothers needs to taking care of her father and his unsaid feelings Priya was the perfect balance.Apart from being all this she is also a TOEFL instructor, who made a decent living for herself. This is mostly for survival. Now with things changing for her financially and personally, and Priya having no need to work as such if she chooses to, do you think, she should put her work life aside and dedicate time to her family? Just because she need not work, does that necessarily mean she should not work?
Dharmapatni- Imagine TV

Imagine's latest offing Dharmapatni is said to the story of a the virtues of a wife and how she supports her husband and her family. For those that have not read about this before here is an insight as to what those qualities are for a woman to be called a pati vrata.
the shloka reads:

Karyeshu dasi; Karaneshu mantri;
Rupecha lakshmi; kshamaya dharitri;
Bhojyeshu mata; sayaneshu vesya;
Shat dharmayukta kuladharma patni.
Kaam kare daasi ki tarah - works like a daasi, and keeps her house clean and free from any impurity.
Karm kare mantri ki tarah - kushal, chalak, witty, advises her husband in life, finances and other fields.
Rupecha Lakshmi - Beautiful and divine as Lakshmi
Kshamaya Dharitri - ever forgiving like the earth such that she that she will embrace you despite you stamping on her and burdening her with your weight and pressures.
Bhojyeshu Maata -  warm and compassionate like a mother when it comes to making food and serving it.
Shayaneshu Rambha - like rambha the apsara (known for her sex) - the best in bed!!!

A woman who fulfills all these qualities is who is supposed to be known as a Dharmapatini. The story is supposed to be loosely based on Mahatma Gandhi and his life. In the light of these six qualities, how many of these qualities do women today relate to and how many of these do not go down well with the sensibilities of women folk today?
We will look forward to getting answers from you.
Happy Independance Day! Jai Hind !
Niharika Vidya Sagar
Rangmunch.TV
Star Plus