What is that we want? 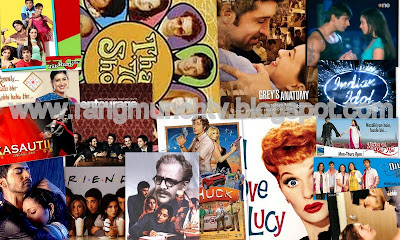 Very often one is seen or heard cribbing about how one would love to watch more creative stuff on Television and as to why makers don't ever break away from the age old family dramas. Age old story lines with cliche plots and women with layers of make up and heavy jewelery for sure is not a trend that has been done away with on Indian TV. Even to this date, as you flip channels you would notice majority of shows bearing a similar look, feel and story. The only difference is the leads and that's obviously because you cant have one person doing the same thing in two different places.
I have been a TV watcher ever since i can remember and i have grown up loving the cliche's and accepting it to a large extent. To me i just know the mother to be the bechari if her husband is an alcoholic, the son automatically an intense man and the girl who walks into his life the bubbly sweet level headed know it all that sets it all right. I have had no problem with this arrangement as the predictability gives me a high and right guess work also ensures few moments of glory.
I know the title track will eventually be what i would hum, and the leads and their chemistry would give me sleepless nights, i know i would eventually out grow the show, but will still stick onto it since i cant get rid of the habit and i will argue endlessly with anyone who cares to abuse my show of the season! And all this while, i would still crib about why things cant be the way i want them to be !
I have tried talking to a couple of makers who like you and me would surely want to experiment with different stuff, but wouldnt since they know at the end of the day they are making what sells! So if this is what sells, then who are we? Are we the audience that wants to watch smarter stuff? Are we the audience that doesnt want cliches?  Have we not sneaked despite saying we have quit watching the show only wishing something may have changed?Are we the audience that think we are wasting our precious thirty minutes that lets us down? If we are, why are we still at it? Is it hope? Is it masochism?What is it?
Are we kidding when we can, we need a change?
Think about it!!
This is my story! And i guess I am okay with what i have, I would love change, but why world doesn't  change much without it. I would love to know what you feel!!
Niharika Vidya Sagar
Rangmunch.TV